Review: The Legend of Zelda: Breath of the Wild (Switch) 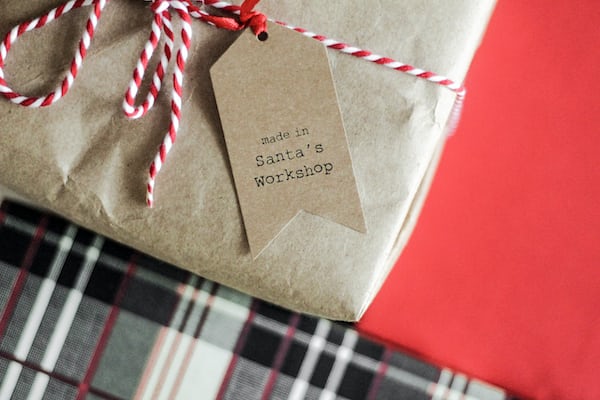 Review: The Legend of Zelda: Breath of the Wild (Switch)

Every console needs at least one great game to start selling it. In the case of Nintendo Switch, undoubtedly such a production is the phenomenal The Legend of Zelda: Breath of the Wild, which is probably the best starting title in the history of Nintendo consoles. In addition to the Switch version, the game was also released on Wii U.

The story in the newest Zelda begins in some cave where Link has spent the last hundred years. Unfortunately, for unknown reasons, the hero does not remember anything about his past. After checking the contents of the nearby chests, we can immediately go on the biggest adventure in the series, during which we will learn the history of Hyrule and defeat the greatest evil that has happened to this beautiful land.

The initial hours of fun are an interestingly planned tutorial, in which we can see what approach the creators used to the player. The new Zelda is supposed to be an adventure for us, during which we have full freedom as to what, how and in what order we will do. The game translates only as much as necessary. To get out of the initial area, you need a paraglider, which you can obtain after completing a few short tasks. While performing them, we also get access to four useful runes, among which there are: Magnesis that gives access to a magnet that allows you to rotate and move metal objects, allows you to stop time and accumulate energy on selected Stasis items, and Cryonis for creating ice pillars on water and bombs.

To make it easier to move around the huge Hyrule, there is a map in the game that can be slowly unlocked by conquering more towers. Using it is completely optional, but it makes traveling much easier. You can see the topography, discovered spots or names of larger areas. It is useful for planning the route, thanks to it you know where it is easiest to climb, so that you will not run out of stamina. It is not possible to find a place to regenerate it in every place. On the map itself, the game means almost nothing, except for the most important main missions, such as fighting the main boss or the location of four beasts. You have to set additional markers yourself, for example by marking a previously planned route, interesting places and Shrines that you want to return to later.

Over 100 places known as Shrines are scattered throughout the kingdom of Hyrule. They are small temples with a variety of challenges. Usually they are based on interesting logical puzzles that require our perceptiveness or the ability to use the appropriate runes. From time to time, there are also shrines where we are given the task of defeating one opponent. In return for completing the challenge, you receive one Spirit Orb, which is quite a useful item that allows you to increase the number of hearts or stamina you have.

The weather and time of day changing inside the game have a significant impact on the gameplay. When planning, for example, climbing the mountains, it is worth taking into account whether there is expected rainfall, which may become a significant obstacle. During a rainstorm, Link can occasionally slide down a bit, which will extend the time it takes to reach the top and also increase the amount of stamina needed for this. When we hit a storm, it is worth burying all metal weapons that can attract deadly lightning. When going to the desert, it is worth having the right clothes with you, which, depending on the time of day, will give you some protection against heat or frost.

When fighting enemies, we can attack them in many different ways, depending on our favorite style of gameplay. We can try to shoot them down silently using a bow, use the terrain to throw stones on the opponents’ base, or charge directly at them, hoping that they will not be able to catch any weapons. During the fight, we are positively surprised by the very good artificial intelligence of the opponents, who, after noticing us, alert others to prepare a weapon against us. When we throw a bomb at enemies, they sometimes try to throw it in our direction, or kick it so that it simply moves away from them. If they don’t have any weapons with them at the time of our attack, they try to use any way that could hurt us – throwing stones at us, explosive barrels, using brooms like swords, or just kicking us. Thanks to the successful AI, the fights are interesting and unpredictable. By overestimating your strength you can lose a lot of health very quickly.

To fight in the newest Zelda, we can use a huge arsenal of available weapons and more. When we start to attack, we need to use almost everything that we find nearby, no matter if it’s just a branch or an ax lying nearby. To get something stronger, you have to fight enemies who, after defeating them, leave their swords, shields or bows. Additionally, remember that everything here has a limited durability, so it is worth collecting any weapons you find.

The Legend of Zelda: Breath of the Wild puts a lot of emphasis on our independence in discovering the world and possible options. From the very beginning, players can, for example, use a shield for descending mountains, or a stream of warm air above a burning fire to climb up. There are many different ways to pick an apple from a tree, starting from climbing up the desired fruit, cutting down the tree for this purpose, and ending, for example, by burning a hanging apple with a lighted torch. Every idea that comes to your mind while playing is worth checking, because quite often it can just work.

A useful mechanic during the game is the ability to cook a variety of dishes and elixirs from the collected fruits, vegetables, or elements from defeated monsters. Preparing meals consists of taking up to 5 elements in your hands and throwing them into the cauldron for a short while. Depending on the selected ingredients, food can renew our hearts, and in some cases also have additional effects such as increased defense, stronger attack, or higher movement speed for a certain period of time.

The graphics in the game are nice, although this is not a show of the Switch’s graphic capabilities. However, you have to take into account that Zelda was originally created for the Wii U console, bearing in mind all the limitations of this platform. While playing, there are noticeable drops in the smoothness of the game from time to time, which is most noticeable when we play on a console inserted into the dock with the use of a TV set. In handheld mode, drops are less frequent when the game is displayed at a lower resolution. However, they do not spoil the fun of the game. The soundtrack is phenomenal, made up of many new songs mixed with recurring highlights from the previous installments of the series.

It is also the next installment of the series that allows the use of amiibo. By applying virtually any figurine or card, we get boxes with useful items. The Amiibo associated with The Legend of Zelda series gives you a bit more useful extras. For example, one of the figures allows you to receive a horse known from previous installments of the series – Epona, and another gives you an assistant in the form of Wolf Link.

The Legend of Zelda: Breath of the Wild is, in my opinion, one of the best installments in the history of the series, an ideal production for the end of the life of the Wii U, and the launch of the new Nintendo Switch. An interesting, open world, a huge amount of possible activities and a phenomenal soundtrack will attract you for many long hours. Minor problems with drops in liquidity do not significantly affect the fun of playing.