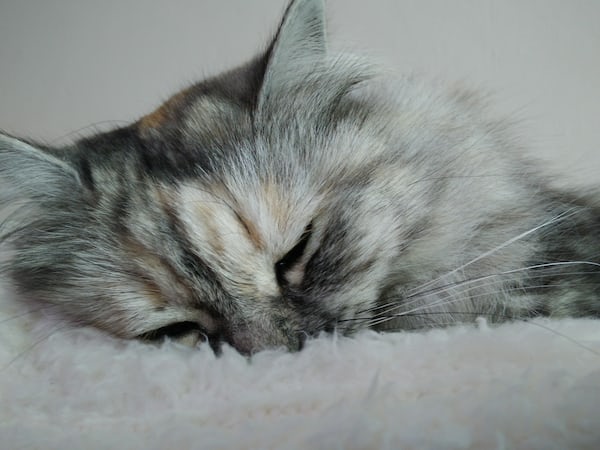 An example of the fact that skillful mixing of genres is a recipe for success, even though the game is not without its drawbacks.

The work of ZEN Studios is a combination of Angry Birds, a simple RTS and an uncomplicated slasher. The player’s task is to defend his castle while producing units, casting spells and shooting from a ballista. The soldiers of both sides meet somewhere in the middle of the road and fight fierce skirmishes with each other. Sometimes you can help them by controlling the hero, although it is associated with certain inconveniences, about which later. The battle continues until one of the castle is destroyed or the enemy flag is brought to its base (or vice versa).

Each of the gameplay elements is equally important. Without firing a ballista, the troops are deprived of support and will most likely be killed. In turn, the machine itself is too weak to repel enemy attacks on its own. Only the use of magic is not necessary, although it often saves the skin. Managing the hero’s actions is also of great importance. Unfortunately, there is no way to recruit units or use a ballista during the course, so you have to be careful with that.

It is a pity that doing everything at once can be frustrating, especially that the controls can be a real pain, and the game does not forgive mistakes on a high level of difficulty. I have the most concerns about aiming while using a ballista. The trajectory is selected using the left analog, but the creators did not make it possible to change its sensitivity. It is very difficult to aim precisely at the maximum distance. It is possible to make slight adjustments with a cross, but there is no time for it. An additional difficulty is the lack of a line showing the trajectory at the highest level. If the board is large and the ballista is not visible, it is actually shot blind. If at least corrections could be made with the rear touch panel … This is by far the most frustrating and underdeveloped element of the game and, worse, one of the most important.

In addition, there is a need to constantly switch between functions. The cross is ballista and missile selection, the square is unit recruitment, and the triangle is magic. You still have to operate the triggers and use the right **** to move the view (or the touch screen). Of course, AI doesn’t have such problems and does everything simultaneously. Evidently, the creators ran out of buttons, and the player has his hands full throughout the game. Most people will spend the first hour on controlling the controls, which is unique in the title of the two-dimensional gameplay.

Now that you know what’s going on and how it goes, it’s time to mention the story. This one is as simple as a flail structure and predictable. Fortunately, the creators knew it well and make fun of it themselves. Of course, it’s about saving the world again, but that’s not the most important thing. The cutscenes between them motivate you to go through successive boards. I have laughed many times at the characters’ texts, references to other titles or the main character who resembles Shrek’s Fairy Tale Prince. The campaign is also quite varied. Sometimes you can’t use a ballista, sometimes you can use units (because they have been induced), other times you fight with the hero himself or you have to withstand some waves of enemies. There are also side missions that most often check the player’s accuracy. Only the difficulty level can be irritating, which in the case of the highest level is simply frustrating. You can forget about ending the campaign right away on “hard”, because it requires a well-developed castle and units to which you initially cannot access. On the middle, on the other hand, most of the levels are a walk. I got maybe 3 boards with which I really had a problem.

All modes from the campaign are also available as single battles (both against the computer and through the multiplayer). A nice addition is the cooperation mode, in which one player controls the castle, and the other the hero. However, it is worth having someone you know who plays CastleStorm, because there are relatively few people willing to play.

For each battle, you receive gold, for which you upgrade your castle, units, spells, and missiles. You must complete the campaign to access everything. In total, there are two completely different nations that are upgraded separately. In addition, there is the possibility of building your own castle, because there are more combinations than those created by the creators of the structure (only some of the elements can be active). In a quite extensive editor, you can create your own building, choosing what units will be produced in it, what auxiliary rooms will be and how resistant it will be. Unfortunately, the editor is quite clunky and I tried to avoid it using ready-made variants. Nevertheless, there is something for everyone, and the choice of strategies is huge. This is all the more important as it is a common element throughout the game, so the improvements and discoveries made in the campaign will also be available in multiplayer.

Graphics made me a bit of a disappointment. In the course of the game, it is quite decent. The whole thing is 2.5D, the units and effects are well animated, the locks fall apart quite convincingly. Unfortunately, the lack of frame can be seen in the cutscenes or at the maximum magnification of the board, where the low resolution of the textures gives quite a lot of sight. The whole thing looks like a native of Warcraft III, which has quite a few years on the back of its neck. However, this is a small detail that does not interfere with the fun. Unfortunately, the tragic optimization of loading levels is a real pain. Watch in hand, it takes 39 seconds to load the board! The whole game weighs 533MB, so my question is, what takes so long to load ?! Much larger maps in Killzone fire up at least twice as fast … The castle editor is also not the best, in which everything looks from a distance as if it was made in some simple graphics program. Fortunately, the whole thing looks much better when enlarged. The sound is very decent. The music in the background does not attract attention, but the voices of individuals or heroes make a good impression and are nice to listen to even after a long time.

Despite the large number of disadvantages and shortcomings, CastleStorm is quite addictive, and after grasping the controls, you can have a great time with it for many hours. The gameplay is demanding and gives you a lot of possibilities to choose your tactics. And it is impossible to get bored. Most of the time, I had a hard time finding a second to take a screenshot, and that says something. However, you cannot get discouraged too quickly by the sheer volume of functions. I believe that for PLN 39 it is worth it, but the creators were able to refine a few elements.

Wide choice of tactics and strategies

A lot of multiplayer modes

Textures in low resolution when view is zoomed

Unbalanced, the highest level of difficulty / Hard level is unbalanced

You can be discouraged at the beginning / Initially to deter