Photocall TV: how to watch more than 1,000 channels for free with just over a click 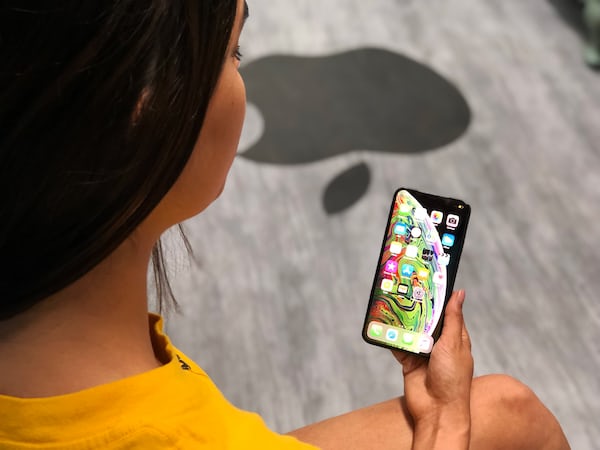 Photocall TV: how to watch more than 1,000 channels for free with just over a click

Streaming consumption has been increasing over the past few years. There are many services available today to watch all kinds of content, whether series, documentaries and movies, as well as short films and clips that are of interest to many millions of people.

One of the platforms has been gaining popularity in recent months is Photocall TV, a perfect solution if you want to watch any channel just by clicking on it. In addition, the page has access to the best-known radio stations in Spain, from abroad and some unknown.

It is considered one of the best when compiling televisions from different categories, since in International there is a great variety, offering up to 1,000 channels. Photocall.tv is usually updated periodically, either adding channels to the long list, but also correcting the errors that users usually report.

One of the few drawbacks that can be attributed to it is that it does not come ordered by categories, despite this, each one shows the name by which it is known. The tabs are National, International, Other (varied channels), Radio (including many national and international stations), Guide, Info and VPN. The Light option will change the black tone to white and a version known as light.

The operation of Photocall TV is quite simple, once you click on the image of the television channel, it will show several links, at least one or even several. The first of them is usually the direct broadcast, the rest is usually informative, either the guide or the possibility of seeing other types of content on the web.

Once you open the direct channel, it will take you to the Photocall TV page with the various options of any video player. If, for example, you open «La 1», you have the quality in the lower part emission, volume, the option to minimize and maximize the screen.

Some of the many television channels have the option to watch movies, all thanks to going to the content offered by each of them. This will come in handy in case we want to pass on those emissions that do not interest us at all, this usually happens in many cases.

Photocall TV adds a large list of channels accessible to users who use the platform, which today are many thousands of people. Among them there is no lack of regional channels in Spainamong which Canal Sur, TV3, TV Galicia stand out, as well as other national ones including Antena 3, Telecinco, TVE-1, La Sexta and many more.

In the list there are also some to watch series such as Factoria de Fición and A3 Series, sports, among which there is no lack of Gol Televisión, Real Madrid TV, Barça TV, Las Palmas TV, Betis TV and Sevilla FC TV. In addition, in the International section the variety goes a long wayas there are some with big names like CNN, Fox, BBC, Euro News, as well as more than 150 different channels.

Already in «Other» there is a great variety of channelsWhether they are sports or other topics, we have to mention some important ones such as AMC, Syfy, Vevo (music channel), Red Bull TV, NFL, Moto GP and more than a hundred television channels. Some usually have the option to see the content on the page itself, while others send to the official page.

If you decide to listen to radio stations, Photocall TV gives as a great reference about 120 different broadcasts, whether talking about politics, sports and other varieties. Channels such as Europa FM, Cope, Onda Cero, Cadena Ser, esRadio, Radiolé, Melodía FM and some 200 more available just over a click away.

Suitable for all types of devices

For now the Photocall TV service is available via the web, does not have an application and is usable with all smartphones, tablets, computers and even Smart TVs. To use it you have to use a browser in all cases, one of those compatible with the page is Google Chrome.

As in Chrome, it is compatible with other well-known browsers, including Mozilla Firefox, Edge, Opera, while it works in Safari. The web usually loads quickly, it is necessary to have a speed Fast and stable connection, recommended to watch TV in high quality.

The page shows a black tone, although with the version known as Light changes to a much lighter tone, specifically white. Despite its simplicity, Photocall TV is undoubtedly one of the most complete, having competition from DTT Channels, although it usually offers regional and national content.

As if that were not enough, Photocall TV can be launched from the phone to the screen, offering excellent quality in a higher resolution. In VPN there is the option of contracting this service through well-known VPNsThese include ExpressVPN, Cyberghost, NordVPN, and HolaVPN.

The quality of all channels is really decent, it will use the Internet connection, it is always recommended to use a WiFi connection so as not to spend megabytes on the mobile network. All the channels show an important resolution, it will be variable by the user if he wants to see all kinds of channels.

It shows the connection with all the official addresses even though it loads the photocall.tv address, giving the user what he wants to see at that precise moment. Few channels currently broadcast at 4K qualitybut most play at qualities ranging from 720 to 1080p.

Today find an alternative to Photocall TV It is almost impossible to see the great list of channels, the platform reproduces the channels directly in most cases. Some apps make use of direct links to channels.

One of the best alternatives to this service is TDT Channels, the app is not available in the Play Store, the only option is to download it from its official page. The channels are all those of DTTin addition to adding others that are not on the platform of the different regions.

Apart from TDT Channels, the applications of the different channels are available, this will always depend on seeing all the content through them. You will be able to see the live show, see replenishment programs and exclusive content if you become a Premium with a registration.

If you search for a similar page, the only one with a similarity to Photocall TV is Teledirecto, although it shows a list of inferior channels. It works fine when connecting with each channel directly, showing both the quality and the different options.

One of the platforms that has been growing over time is Pluto TV, the best thing about it is that it works directly and without cuts. It is a service with multiple channels, where you can watch all kinds of movies, documentaries, series and programs in Spanish.

The guide shows you everything so you don’t miss any of the content it offers daily, apart from content on demand, with the possibility of watching a movie whenever you want. Pluto TV as an important feature It has agreements with large companies such as MTV, in addition to having channels broadcasting legendary series.

Pluto TV has individual categories so we don’t miss a thing, giving the option of showing children’s series for the little ones in the house, music channels, sports channels and many other variants. It is a different option and one of the bets that if followed will hook us in a great way.

Kodi, a multimedia center with a variety of options

If you already want to play channels through a multimedia center, the best option is to get hold of Kodi, a well-known application with which to connect with other services. Kodi allows you to connect to sources including Pluto TV, Amazon Prime Video, Rakuten TV and other sources including IPTV.

The good thing about Kodi is that it is cross-platform, being on all operating systems, Android, iOS and installable as an application on Smart TVs. It can be an application to take anywhere, since the Player it usually runs and connects to any of the services quickly.

Adding fonts makes it versatile, being one of the apps Knowing how to handle them will make it one of the most complete, functional Smart TV Boxes with Android system. The list of channels is going to be infinite, since you can connect with the most popular television channels directly.

One of Kodi’s many options is that it is capable of playing files from a flash drive, be it audio and video files, as well as libraries. Kodi Player is an important media center and those that you cannot miss if you want to see content quickly by connecting to servers.