Let not a single spider be left alive in Kill it with Fire! 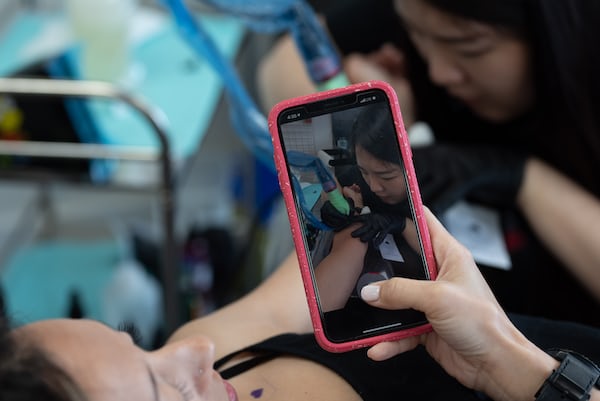 Let not a single spider be left alive in Kill it with Fire!

Kill it with Fire is a 3D game in which we are taken to a house that is full of spiders. So if you suffer from arachnophobia, you better stay away from this game, since it leads us to feel all that fear that this type of insect can cause many people.

From the creators of Hello Neighbor, another horror game, the great boxing simulator Punch Club, or Totally Reliable Delivery Service, we have this one with a interesting object physics, and it is that almost everything that we have in sight can be taken in our hands and even turned into a weapon with which to attempt the life of those spiders that appear everywhere. We are going to do it with a very careful game that is quite original.

Watch out for that spider that moves across the ceiling…

Kill it with Fire comes from Tinybuild (we’re getting hooked on their games) and plays on our senses and some of the scariest fears of many, as spiders to the vast majority of people are a little scaredwhile others hardly even bother them.

Our mission is to look for the spiders that we have in the house through a series of missions that are imposed on us to have a common thread. We have the control stick to move, the gestures on the screen to move the angle of view and the ability to use various buttons to pick up objects, drop them or choose some from the toolbar located at the bottom.

Following the messages or missions that we have in mind, we will learn to take even the table of notes to use it to kill our first spider. The fact that we can take objects is also to shake them and see what is underneath…

Use dozens of weapons, including fire, against the spiders in Kill it with Fire

With that background music that puts us in front of a horror moviethe environment created in Kill it with Fire is perfect for the tension to be present at all times.

You can even get a tracker of these critters to make everything easier and be able to clean the house of spiders. The ways to kill them are more than varied and we can go from using fire on them, such as using ninja stars or explosions.

It is in the physics of objects where another of the points is found of this game, and everything you drop will fall under its own weight. And not only will we stay home to remove them, but we will even go exploring to be the neighborhood spider exterminator.

A game with 3D that consumes resources

We have to say that we are in a 3D game that with its object physics is already putting the limits on your mobile you may have a bad time. In our Galaxy Note10+ it is not that it is super fine, although it can be played without many problems, so you are warned if it is slow.

An game that graphically is quite good, but that we are left with the dynamism that the spiders cause, how they hit objects or move them (tense moments) or how we can take everything to release it to make it a perfect weapon to crush spiders. In fact you have to aim well to kill them.

Kill it with Fire is quite an original game, fun, tense and that is capable of engaging from the first moment thanks to that very tense background music that puts us on notice from the first game; to go to something similar we will go to Dead by Daylight now with Freddie Krueger.

It causes tension and dread even if you’re not much into spiders. Good object physics for a pretty fun game if you get the point.