The “Scary” Tales of Fragments of Horror 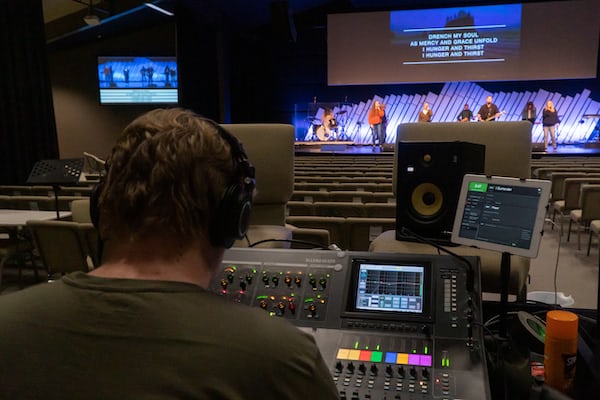 The “Scary” Tales of Fragments of Horror

Finally a “horror” manga after a long time…

Fragments of Horror (Ma No Kakera) by manga artist Junji Ito, began its publication in Nemuki + magazine with the first short story (futon) of the volume, on August 13, 2013 and completed in June 2014 with the Whispering Woman (but this one was published in another magazine, Shinkan).

But let’s talk about the stories contained in the volume…

By classified demography Fragments of Horror, he is considered a Shoujo (?) and Terror. (Remembering that Demographics do not completely define the target audience, it depends on what each one likes to read). Remembering that it is also single volume.

Let’s start talking about the trace. Despite being considered a Horror Shoujo, he has a more realistic streak, which could be considered Seinen or Josei. This realistic trait creates a more real atmosphere for those who are reading the story and the load of emotion also appears in a higher content in the plot when it comes to the denser atmosphere of the tales. extra detail: the double pages and pages with only one featured image are really tense and disturbing!

As it will be portrayed tale by tale, in the end a total verdict will be given.

Introductory tale to the volume. Tomio, for some reason, doesn’t want to get out from under the Futon (it’s a type of mattress used in the traditional Japanese bed) and Madoka tries to get her husband out of this “cocoon”, but soon she ‘discovers’ the reason for it. It’s the shortest, and you think it won’t be anything spectacular, or that it will have some appearance of a ghost, but it’s not quite like that… As it’s the shortest, it just gives a taste of what’s really to come …

And the double page of this tale is amazing!

Megumi and her father’s house is a historic building and family heirloom. Last year (the time in which the story takes place) the house was nominated to become the country’s cultural heritage. And, as a heritage, people go to the house to meet and Manami goes to this house to meet her. Only she doesn’t call, nor warns that she would like to visit and Megumi feels uncomfortable with this woman. Manami asks to be able to stay at the house for some time to do her research, as she studies architecture. But what the family did not imagine that she would have a certain “excitement” for the house, as some kind of fetish and that this ends up being made even more strange by the absurd desire, and one day, a strange ‘earthquake’ occurs in the house and the absurdity unleashes in a bizarre way you wouldn’t imagine…

Although this tale has a non-standard supernatural touch (the story has a true consistency closer to the real, having a touch of the supernatural brushed into it), her touch of fiction in it would be one of the most explicit. But back to the story… Tomio, for some reason, doesn’t take his hands off his head, and after going to his ex-girlfriend’s house, he reveals that his head was “cut off” and that if he takes the hands that hold her, he can fall. This all happened after they went to a psychic, and Tomio had a relationship with her, and as the psychic likes to ‘collect heads’, his was no exception. But he manages to escape and needs help to get his head back to ‘glue’ to his neck, but the worst is yet to come when the psychic goes after him…

Riko has always had nightmares of her father dying since her mother passed away. Riko ended up marrying Makoto, but his family doesn’t like her very much, which makes her uncomfortable. Riko goes to live with Makoto, and there, she realizes that there are “ghosts” and Makoto explains that they are ancestors of his family, and they are not ghosts but “after images”. After a while Riko “participates” in how this happens. But things start to get tense for Riko after everything abruptly ‘falls’ on her head…

In a medical university, students will have to dissect bodies that were donated for studies, and in one of the bags, there was a live girl inside it, and she wanted to be dissected. Kamata after a while, recognizes that girl, Ruriko, the girl he knew as a child and who she made him pick up a scalpel at Kamata’s father’s work, and together they dissected rats and frogs. Her bizarre fetish spreads across the city and it haunts him, and so, like him, and Ruriko, the conclusion of it will not be pleasant at all…

Another tale with the most fictional supernatural content. Kume, a bird watcher is in a forest, when he finds a boy with injured legs. Immediately he asks for help to save him. Once they are in the hospital, Kume is escorted until the boy is well. The boy reveals his name, Shiro, and he says that he was for a month with his legs hurt, and Kume thinks it’s strange that he wasn’t as thin, or worse. This passes when Kume sees what terrifies the boy and what has kept him alive all this time and he reveals what that creature he saw was. The creature is still chasing Shiro and Kume ends up discovering the knot that this whole situation has become and that “what” happened to Shiro, could happen to him…

Kaoru is in love with the writer Magami, reads everything she publishes. Magami would be a peculiar type of writer, works with “differentiated” content with a select audience. As Kaoru wants to be a writer under the influence of her favorite, she sends her a letter, and has an answer, and Magami wants to meet her. Everything for Kaoru seemed to be going well, until she met said whose. The house was far away, the lady who would accompany her to the writer is a student of hers. And, Magami is not who she appears to be, and everything ends up going from bad to worse for Kaoru, leaving her in a “crazy” state…

The Woman Who Whispers

Mayumi, the daughter of tycoon Shigeki, can’t make any decision alone without asking several questions of what to do. So he hires an escort to “guide” her, but none of them can handle the hundreds of questions the girl asks. Here comes Mitsu, a calm girl with a tired face. Shigeki is surprised that she was able to put up with the questions, and that Mayumi seems calmer. But time doesn’t favor Mitsu, who looks more and more exhausted, so much so that she even appears injured. Shigeki decides to investigate and discovers that her boyfriend mistreats her and takes all her money, but he decides not to interfere. Mitsu’s condition only gets worse, but her dedication to Mayumi always remains, and she even diminished with the questions. But with an abrupt situation, Mayumi doesn’t ask any more questions and ends up doing something terrible that scares her father…

All these tales are in the volume of Fragments of Horror. Each with a very different theme.

Among them, the least ‘horror’ would be the soft goodbyethe touch of Slice of Life in it is present from beginning to end with the brushstroke of supernatural on top. futon, for being a quick and concluding tale, which took the supernatural charge, it could have “calmed” the weakest hearts with its climate, it could have been great or bad. 8 or 80. Tomio * Red turtleneckit can be said that it was the most tense and disturbing because of the facts that happened to the protagonist. wood monster it has that load of mystery and makes you think “how will it end?”. black bird it was also a disturbing tale by the large supernatural being that stalks one of the characters and the explanatory knot at the end makes it a bit confusing for some. Magami Nanakuse It doesn’t have a supernatural twist as tense as the others, but it involves more about oddities, quirks and, in the end, madness. And last but not least, The Woman Who Whispers. This one can be said to be a calmer tale, after all the adrenaline rush that the previous tales provided. But with the final facts the story took a slightly expected turn with its supernatural, and from the final scenes, you’re either “what is she doing” or “she’s going to do something”. And with the last page, you have quite a conclusion.

There’s no telling if any of these tales were bad. Each one took a different path, some with a greater suspension load, others with fiction more present, others pulling more towards reality. It’s very much up to personal taste to decide.

Now, speaking of the work itself…

Yes, she was great. A good entertainment to read in the dead of night, alone, with the window open…

The more realistic features make the expressions more striking, even more so with the astonishments and screams of the characters. The not so exaggerated expression, but the dropped jaw, reveal that dread experienced in the scene. A characteristic of Junji Ito, is that “drop of sweat” that stays on the characters at some critical moment, tense, or even in danger. As soon as you read some of his works, you will notice this “drop” in his characters.

Your scenarios have a certain character. Of course, in a “one-quarter” frame on the page, there isn’t much to detail in the background, but he puts in more detail when the setting is close-up on houses, or on the street. Some painting that takes place inside a house, there is not such a detailed background (save the story wood monster).

Generally, Junji Ito’s characters present apathetic, serene and calm initial features, and depending on how the story goes, these features take other reactions and perceive his decadence until they reach the limit.

This edition is super neat. It’s worth checking out the manga and buying it.

If you are interested in the manga, buy your copy at one of the online stores (check availability):