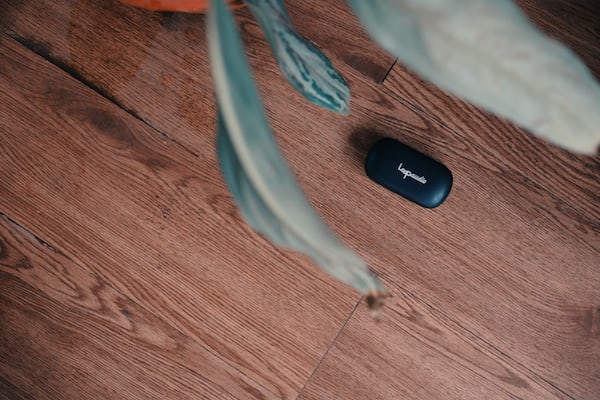 Sony Computer Entertainment Inc. announced today that the system software update version 1.50 * 1 for PS4 ™ will be released on November 15, 2013, the day the system officially launches in the US.

By updating the system to the latest version, users will have the opportunity to enjoy a wide range of exciting options on launch.

The PS4 system was designed from scratch as the developers wanted to make sure that PlayStation users could only enjoy the best games and the most intriguing options. It sets new standards with its speed and computing power, providing brilliant graphics and varied, exciting gameplay, deeply integrated social options and innovative second screen connectivity, using devices such as the PlayStation®Vita system (PS Vita). SCE intends to expand the PS4 system with planned software updates.

The following options will be available on PS 4 on its US launch:

Users will be able to access and play PS4 games displayed on their TV on their PS Vita system. This service is provided over the Wi-Fi network using the PS4 * 2 * 3 connector. SCE expects most PS4 titles to be available on the systemPS Vita via Remote Play * 4.

Users can use the PS4 Connector * 2 for PS Vita and PlayStation®App for smartphones and tablets * 5 using iPhone, iPad and Android operating system technology. These devices can be used as additional screens in games that support this function. PlayStation®App will allow players to play games via mobile devices. For example, in THE PLAYROOM, which is installed by default on every PS4 system and requires a PlayStation®Camera device, users can draw pictures on the screens of their mobile devices and then transfer them to the TV. The pictures will appear in the game as three-dimensional objects.

The PS4 system has dedicated video encoding systems that are always on, so you can effortlessly transmit your gameplay footage. Users can share spectacular triumphs by pressing the SHARE button on the PS4 wireless controller (DUALSHOCK®4), take screenshots or view a video from the last 15 minutes of the game, then tag it and return to the game – the video will be uploaded during the game. As the PS4 launches in the US, users will be able to share images and videos with friends on Facebook, and screenshots with Twitter followers * 6.

The PS4 system also offers new social streaming opportunities, allowing users to stream their gameplay videos in real time to fans around the world via Ustream and Twitch * 7. SCE provides two possible ways to watch live broadcasts. First, the “Live from PlayStation®” application for PS4 collects broadcasts from all PlayStation® users. Secondly, users can watch their friends’ gameplay on personal computers thanks to applications such as Ustream, Twitch and browsers installed on mobile devices. These applications can be easily launched from the PlayStation®App, and users can use them to post comments and broadcasts of gameplay. Additionally, users with a PlayStation®Camera device will be able to stream camera images and microphone sounds, as well as live gameplay broadcasts.

l The game is downloading

This option allows you to play digitally available titles while they are downloading * 8. Once the game is purchased, users will be able to start playing as soon as the PS4 has downloaded a certain amount of data while the rest of the game is downloading in the background during this time. Games can also be downloaded in standby mode.

A maximum of four users can log in to a single PS4 system. These players can create their own saves as well as collect trophies on their own Sony Entertainment Network, and even play together in multiplayer on a single PS4 * 9 system.

Using the mono headphones included with the PS4 system, users will be able to chat with up to eight friends while enjoying a variety of applications or games. Communication between PS4 and PS Vita will also be possible.

PlayStation®Camera users will be able to register their scanned image of their face on their PS4 system and then log in to it using facial recognition instead of using the DUALSHOCK®4 controller. In addition, users will be able to use the built-in microphone connected to the DUALSHOCK®4 controller or PlayStation®Camera device, among others. navigate between PS4 (PlayStation®Dynamic Menu) screens using voice commands * 11.

PlayStation®Plus (PS Plus) members will be able to play PS4 titles together with other players online. PS Plus allows members to join online multiplayer in a number of ways, including easily joining a game from live streaming or voice chat.

Users can use their PS4 system not only to play games, but also to play DVD and Blu-ray * 13 discs.

Some options will not be available from the beginning. One of these is “pause / resume mode”, which is an option that allows you to keep your PS4 system low on power and then immediately return to the game you have started. In the near future, SCE will provide information on software updates to version 1.50 and options available on the US launch of the system, as well as those that will be available post-launch.

SCE will continue to expand the services and features of the PS4 system in an effort to maximize the capabilities of the PlayStation platform.

* 1 The size of firmware update 1.50 is approx. 300MB. The download should take approximately 5 to 15 minutes. in the case of a link with a capacity of about 50-10Mbps, although the actual download time may change, depending on the conditions.

* 2 To use the PS 4 connector, the latest version of the PS Vita system software will be required, available soon.

* 3 Depending on the network connection and the games the player is playing, the ability to play remotely may vary outside the home.

* 4 The Remote Play option will not be available for all games, including those that require peripherals such as PlayStation®Camera or certain third-party peripherals.

* 5 Depending on the version of the operating system and other specifications, users may not be able to use this application.

* 7 Users must sign in to separate accounts to use Ustream and Twitch.

* 8 The time it takes to start the game depends on the data volume of the game and your network connection. This function is not available for all titles.

* 9 Requirements for receiving trophies vary from game to game.

* 10 You can use the voice recognition function without upgrading the system software to v1.50.

* 11 For a list of recognizable voice commands, please refer to the network manual.

* 12 The service provider is Sony Corporation. Please refer to the website below for details.

* 13 When using the system for the first time, users will need to connect to the Internet to activate this service.