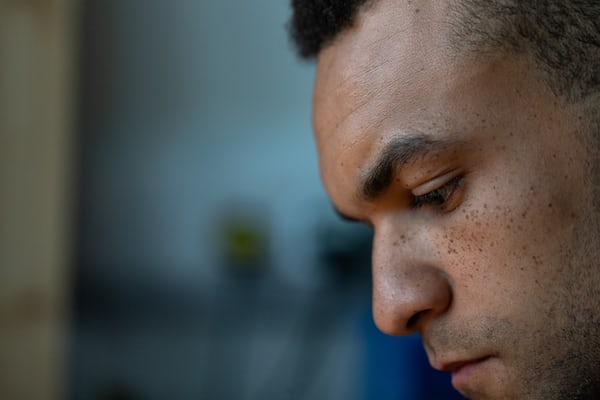 Increasingly, I am able to use my Switch console to review certain games for this portal. The Coma: Recut is an interesting example of a horror movie that can engage the player despite its seemingly small size.

I admit that the combination of this terrible genre with 2D was new to me, and curiosity effectively kept me on the Switch until I discovered the end of the story prepared by Devespresso Games. A review is ahead of you The Coma: Recut.

The story follows the final day of exams at school, where young Youngho struggles to get better grades and improve next semester. Everything changes, however, when he falls asleep during the exam, for which he previously decided to study all night. He did not know that being such a diligent student would affect him differently than he expected.

Let’s go back for a moment to this morning that changed everything. The boy missed his alarm clock and had to hurry to school. When he arrived, it turned out that an accident had happened. The event shocked the entire school, but did not change the credit plans, and a new student appeared. She’s a girl who gave the impression that she knew more than she was talking about. Strange, isn’t it?

When Youngho woke up, it turned out that he was overwhelmed by darkness. At first he thought he had missed the exam and his meeting with the teacher who would help him next semester. However, something is wrong … and this is where his nightmare begins.

He is in what resembles an alternate version of his school. It is dark, empty and you still have the feeling that someone or something is watching your reading and you are the victim. More and more questions and the place gets darker. However, don’t worry, as many places on the school campus have tips and items to help us figure out this whole situation.

Everything changes when our teacher, Ms. Song, approaches us. There is something wrong with her as well. Suddenly he turns into a demon who wants to kill our hero. We have to run away and find some shelter. Of course, that’s not all, because when playing in The Coma: Recut we have to look for clues and keys, and other students who try to discover the secret of the school will also stand in our way.

The story is important here, but also requires attention from the player

The production has an additional layer of narration with dialogue options and side quests. Various contextual icons appear that allow you to view, pick up or use objects. We must also not forget that it is important to climb and descend stairs (along with a neat implementation of the use of the foreground and background) or visit multiple classrooms.

I mentioned earlier that we were going to have to hide, right? Unfortunately, you will also have to use some places and cabinets in the corridors and rooms to avoid the newly possessed teacher. The battles with him are by no means pleasant, especially at the beginning of the game.

What is here to fight? Or maybe just run away?

There are no weapons in the game, so creativity remains. Fortunately, we have a flashlight to help illuminate rooms and corridors while exploring and searching for new items for our inventory. However, one must remember that a demon is waiting for us, and the light only attracts him. The deeper into the entertainment, the more we’ll be able to do as we escape. We’ll hide under the table, hold our breath, and even dodge sometimes. Of course, all this will cost us endurance, and endurance can end quickly. There are also hearts in the game that symbolize the level of our health. They can be renewed by buying bars and drinks from the machines for coins.

Creators The Coma: Recut they turned our school bag into equipment, and this one is unfortunately very limited. With only six places for food and items used to open the next parts of the school and things for other students, we need to quickly learn order and sound management. We must also not forget that the game has a save system – just go to the blackboard to write down your progress in the game with chalk.

Map, or maybe one big mess?

All places where something interesting are marked on the map, but the longer we play, the more difficult it will be to find out in the game – especially when we want to go back somewhere, still somewhere in the back of our head that a demon is hunting us. In addition, you cannot forget about the climate intensified by the sounds of scratching, screams, screams and all kinds of strange disturbances, and therefore this production cannot be denied the ability to scare the player.

The Coma: Recut is a production that is based on reading a text, and the player must absorb large fragments of stories presented as notes and journal entries by students unknown to us. These texts are romantic confessions and remnants of other strange events, as well as more philosophical reflections. Collecting them after some time becomes time-consuming, because there are a lot of them. Some of them additionally force you to think through the ambiguity of the content.

Something is not quite right here …

Don’t get me wrong, this game is good, but I still had the feeling that it was not a well-balanced production. We have an interesting plot here, many intertwining elements of the horror genre, but at the same time something does not fit somewhere. Even battles with a possessed teacher are thrown in without much sense. As if the makers would just tick off things on a to-do (put) list and then move on. This shows that there is this wasted potential somewhere, which can throw the player away over time. Unfortunately, I did. The further I walked after school, the more I felt that instead of something good, I had something average in front of me and I should have put it back a long time ago.

There is also more to frightening than discovering history, which further enhances the impression that The Coma: Recut is not fully thought out. Devespresso Games they made an interesting and, more importantly, engaging project. However, unfortunately, he lacks thoughtful execution, which can be seen with every minute spent in this nightmare school. If you’re looking for a 2D horror game on Switch, this is a game you should definitely check out, but I can’t guarantee you’ll enjoy it enough to recommend it to other players.

The review code was provided by Headup GmbH.