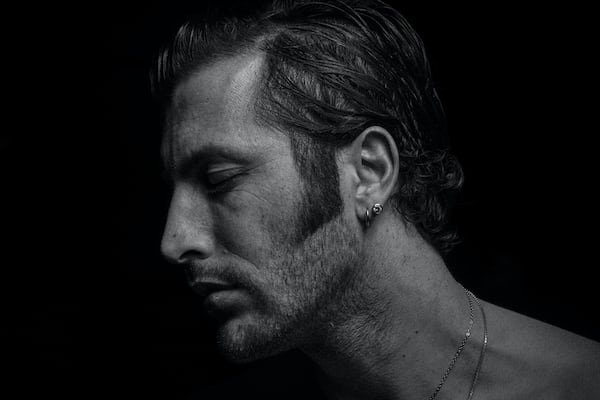 In the second half of 2013, I only waited for two games. The first was Killzone, who didn’t let me down. The second is Tearaway, the latest production from the British studio Media Molecule. Has she also turned out to be a success?

The aforementioned developer won the hearts of players with the famous LittleBigPlanet game series, in which we controlled a rag creature named Sackboy. In Tearaway, in turn, we lead a paper man. Was this change good for the British? Yes! It would seem that everything in the game world has already been invented. It turns out, however, that this is not true. Tearaway is a unique product that makes perfect use of all the features of the PS Vita. We will use the front touch screen and the rear panel very often. Sometimes the player will have to say a few words or wave the console from side to side. However, all this has been very wisely thought out and the variable use of the console’s functions is a lot of fun. It should also be mentioned that the console will require the player to take a few photos with the front camera, so it’s worth covering your face before playing. But what is it all about?

The world of Tearaway is made entirely of virtual paper. We start the game by choosing a hero or heroine. Once we choose Iote or Atoi, we can start an adventure in which you, the player, play the main role. All the fun in Tearaway is to guide the messenger (this is what our protagonist has to do in the game) through three lands: Składoline, Porto Mokro and the Great Rift. The mission of the messenger is to deliver the message to the Being, which is you, the player. Your face appeared out of nowhere in the sun and immediately aroused the curiosity of all the inhabitants of the paper world. The message is hidden in an envelope, which is also the hero’s head.

We start the game in a beautiful, paper world. Here, really, everything is made of paper, even flowing water. It might seem impossible, but MM are masters of their profession and even making this element of paper was not an obstacle for them. Graphically, Tearaway looks very good. Everything looks beautiful, and thanks to the fact that the entire environment is made of paper, no one will complain about the lack of anti-aliasing. The colors are very vivid, everything fits together perfectly. The play of light and shadows is perfect and the animations are smooth. I can safely say that in terms of graphics, this is one of the best-made PS Vita games

At the very beginning of the game, our hero can only move, but over time, when he learns new objects on his way, he will learn to jump, roll or play the accordion. I wrote the objects because anything can speak to us in the Tearaway world. Is it a squirrel, the already famous moose, a tree or even a stone.

There are no spoken dialogues. They are only written, which appear in the form of paper balloons over the objects. At times like this, they just chatter in an incomprehensible language, similar to characters from The Sims. If someone bothers such talking, he can turn it off in the options. I even liked it. Sometimes, between chapters, we can hear two teachers – a woman and a man. Their sentences are short, concise and easy to listen to.

Coming back to the game, as I have already mentioned, there are three lands. The first and the last one consist of five episodes, the second one has six. We can look for interesting things in each of them. Throughout the game, we will interfere with the surroundings of the land to help the messenger pass through it. If we see an object with a fingerprint on the console screen, it means that we can expand or pull it apart. For example, when we find a gift, by sliding our fingers over the bows, we can open it or unfold a rolled-up bridge or path. Objects that are marked with a white background with the console button icons allow you to knock the messenger up. To do this, we need to hold our finger on the rear touch pad. Over time, the messenger will learn to jump or roll. “X” is responsible for the jump, “circle” is responsible for rolling. In the last land, we will swing the consoles sideways to move objects.

All of the above functions are perfectly integrated into the game. Not for a moment did I have the feeling that one of them is forced in here and the manufacturer would force me to use it. Despite constantly sliding my finger on the screen or touching the rear panel, I had a great time. In the later stages, the episodes become more and more difficult and require you to react quickly to what is happening on the screen. The game has no difficulty levels, it is one universal but very well balanced.

Of course, every adventure game has to contain villains. In Tearaway, they are boxes. As the name suggests, these are boxes that try to prevent the messenger from delivering the package. Over time, like our hero, the boxes evolve. At the beginning, these are ordinary boxes on legs. Later their legs get longer and they spit crushed balls at us or they get wings and attack from the air. Fighting them is not difficult. All you have to do is dodge when the box misses you, falling for a moment in a daze. At this point, we run to it, pick it up and throw it against some other object. When we learn to roll, we can just run them over. And in the final stages, they can be eliminated in an interesting way with the help of an accordion.

When we fight the boxes, there is a specific music playing in the background, which irritated me personally, but with time I got used to it. The background music is different while traveling through the lands. The music is very nice and if you like Irish instruments you will be satisfied. There is a lot of ambient sounds and they are also very good.

At the beginning of our adventure, we will get a camera from the king of squirrels in exchange for a favor. We will complete many such tasks, but mainly we will get confetti gifts (in-game currency) for them. The favors include on creating an item from cut-outs. Then we are transferred to the appropriate editor, where we choose the color of the sheet of paper. Then, with the square, we draw a pattern that will be cut out and placed in the game world. This is a great idea and a lot of fun. Of course, drawing something nice with your finger is almost impossible, so it’s better to use a stylus then.

We start the camera with a triangle. We will mainly use it to photograph white objects that are located throughout the game world. The photographed thing takes on colors, and we get access to a paper model, which we can print and assemble – another brilliant idea. Our progress is being recorded on a small game community portal: tearaway.me. We can also publish there (or on Facebook) all photos taken with the camera during the game.

During the game we will meet two companions. A pet that will destroy paper obstacles on the way of our protagonist and the second messenger, whom we will help to get out of the trap by swinging the consoles to the sides.

You can edit the appearance of the paper hero at any time. Just hold your finger on the character to launch the editor. We can use ready-made patterns that we unlock for the confetti collected during the trip or cut something out of the paper ourselves. The editor is generally a very nice idea. You can spend a lot of time in it creating interesting cutouts.

Time for a little summary. Is Tearaway a game for everyone? Definitely yes! This is a great adventure that everyone should experience. There is probably no better production that uses all the features of the PS Vita and does it in a very interesting, ingenious way. Is it a one time game? Yes and no. If you only want to play to find out what’s in the message, then yes. However, if you want to learn the secrets of the game, collect all confetti, find gifts and take pictures of all white objects, you will return to the world of Tearaway, as I did. It took me around eight hours to play the game for the first time, but I admit I tried to look for hidden gifts and take pictures of white objects. Tearaway is a title that has never been before and only on PS Vita we can play this great product. Media Molecule once again showed class and surprised everyone with their original design, just as they did five years ago by presenting LittleBigPlanet to the world. However, Tearaway cannot be transferred to PS3 or PC. Only PS Vita shows the incredible potential of this title with all its features. I hope it will not end with one part and the British will make a sequel in a year’s time. Soon Mikołajki and Christmas. The time of giving oneself gifts. If someone of your friends has a Sony portable console, buy him a Tearaway, and if he doesn’t, choose the game plus console set. It will be a great product to familiarize yourself with all the features of your PS Vita. The game costs PLN 99.

Thanks to SCEP for submitting the game for review