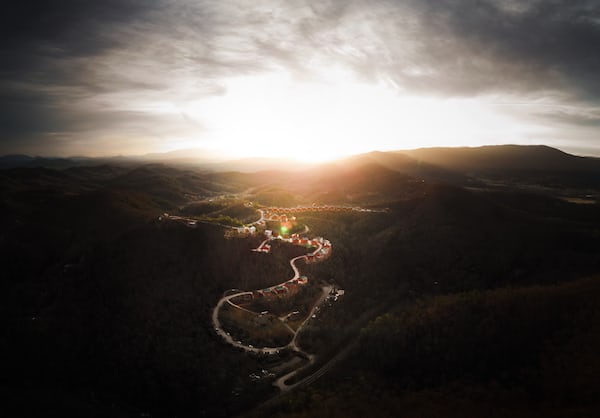 Who should I recommend the game to? Is it worth our time? Feel free to review.

Natural Doctrine is a strategy role-playing game with a slightly sadistic side. It is a brutal and uncompromising experience, pushing the minds of players to the breaking point.

From the very beginning, the architects wanted to surprise us with a combination of Final Fantasy Tactics and PS One with Demon’s Souls available on PS3. The plan was to fill the gap among the turn-based RPGs that posed a challenge for the player, which, according to the developers, was lacking on the market. Natural Doctrine is enigmatic but lacks performance and awareness.

The production under review tells about a world in which humanity is under siege. The entire existence of the human race hangs in the balance, and they themselves are on the verge of extinction. There is only one way to stop the wave of doom – Pluto – a rare mineral that allows humans to wield the magical energy that is man’s last hope.

The mentioned mineral is extremely difficult to obtain. Therefore, acquiring Pluto is a dangerous job entrusted to Bergmans. Their task is to traverse the goblin mines and obtain the greatest possible amount of resources of the valuable mineral by all necessary means.

Players take on the role of one of such crews, who quickly get drawn into a conflict that is much larger than the scope of their work. It’s an intriguing concept, but the presentation is disappointing. The narrative is cheesy, full of anime stereotypes and characters that will be hard for us to like.
Natural Doctrine belongs to the sub-genre known as strategic RPGs, so we spend most of our time fighting turn-based battles on squares divided into squares. The combat system is an extremely complicated matter. Although the fight takes place on a topographic grid, the reviewed title is far from the standard SRPG. Characters are able to move freely within a certain combat range and can be placed anywhere on the tile. This keeps line of sight to cover important aspects of the battle, though nothing in ND is more important than controlling initiative. For each victory in combat, we are rewarded with experience points, which we spend on developing the statistics and abilities of the heroes.

The order of movements can be changed at any time during the fight through the connection system, which allows allied units in the same or adjacent square to change their priorities and attack enemies at the same time. The concept is fairly easy to understand but very hard to master. The whole problem starts with clunky tutorials. Nothing is well explained in them. Players are constantly flooded with information on all corners of the screen, including the scrolling tape at the bottom of the screen – something like what we can see on TV news channels such as: TVP Info, etc.

However, the most frustrating aspect is the computer, which always understands the game system and its rules much better than the Player. Since the Link system allows all enemy attack power to be concentrated on one character at any time, it can easily lead to its death. It is worth noting that during a fight none of the heroes can die – in such a situation we lose immediately and there is no way to bring our companion back to life. The character loses all hit points (HP), the mission is over and we play from scratch or from a checkpoint.

Unfortunately, the creators do not give us immediate death, and failure itself is often a long process. Natural Doctrine is, in a word, incredibly slow. The endless game forces players to sit down in front of each character animation. We are then asked to confirm the enemy’s move … as if we had any choice in the matter. It was fun at first, but over time it is frustrating.
Sometimes fate is unpredictable, and even when it isn’t, the game has very little say in what needs to be done. It will be a big problem for Sunday players. The margin of error is very small, it limits your own freedom to critical thinking and tactic planning. Showing players nothing, punishing them for lack of clairvoyance.

Defeat may begin even before the battle begins. You have to polish your tactics and statistics all the time, as well as improving them. Natural Doctrine allows players to customize stats to their whim, which can dramatically change the way a hero plays and his combat performance. Of course, it can be depressing – take almost an hour to prepare for a fight, only to realize that a different loadout is probably the key to victory. Such obstacles mean that victory often comes not with a sense of accomplishment but as a relief. The title is a bit like crossing a minefield multiple times than a real tactical experience.

However, there is still something that I still like the game for. In the midst of all my problems and frustrations, I continued to play the Japanese SRPG. The visual side is certainly not the reason for this. Natural Doctrine looks washed and dried. Developers could prove themselves more here, because it is definitely not the limit of the PS4’s technical capabilities. In fact, there seems to be no major difference between the PS4 and PS3 versions of the game … but let’s say it looks good enough (after all, graphics aren’t the most important thing in SRPG). The sound side of the game is worth praising, especially the music and the solid performance of the actors. It is a pity that there is so little music, which results in frequent repetition of songs in single missions.

The campaign is complemented by an online co-op, and a versus mode where players can take control of the orcs, goblins and minotaurs. This is actually a very nice addition, as competition on equal terms makes the game experience even more enjoyable.

Natural Doctrine is not terrible, but it does have a lot of problems. The game is very, very demanding in terms of combat planning. Some people will be happy about it, but it is difficult to sell such a title in a wider market. A title created for the most die-hard SRPG fans. Although, even for them, it will undoubtedly be the most difficult test of determination. So is it worth devoting your time to this title? Despite the many disadvantages, I think so, because it will undoubtedly increase our tactical skills, which we may use in other games someday.

Thanks for NIS America for providing a review copy.