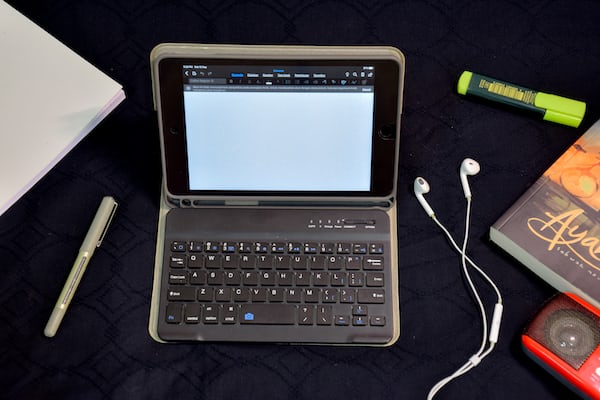 Now is the time for a small cross-country rally.

MXGP: The Offical Motocross Videogame is a production of the Italian studio Milestone, which has already been released for PlayStation 3, Xbox 360, PC and even PlayStation Vita. By the way, you can read the review of the game for PS Vita HERE. It is worth noting at this point that since the title appeared at the very end on PlayStation 4, it contains some novelties and improvements compared to its predecessors. And so: we get four additional routes here (Italy – Arco di Trento; Bulgaria – Sevlievo; Czech Republic – Loket; Europe – Lierop) – there are now 18 of them in total, better graphics and audio as befits a new generation console, the possibility of more players during races, as well as a few other smaller gadgets. Let me just remind you that the game was developed under the license of the official motocross competition – World Motocross Championship, organized by the Fédération Internationale de Motocyclism (FIM).

Starting from the very beginning. After the first launch of the game, we have the opportunity to follow the tutorial step by step – “the game guide”. It is nothing more than a series of video materials with relevant directions displayed on our screen. Well, but who needs such a guide if you can’t even try the presented moves? I missed the possibility of test runs after each of the videos. To be honest, the overwhelming amount of information was of no use to me, and I only started taking my first steps in my career. In this way, we quickly move to the modes that the game offers. In addition to the career, of course, we will find here the Grand Prix, Time Trial, a single race and the use of the Grand Prix or Chamionship mode during a multiplayer game. During the career struggle, we will visit all the cities where the championships are organized, we will see a whole lot of photos and videos, we will read various more or less interesting information.

A few words about the interface. In the career mode, we “move” around the room where we find a wardrobe (here you can change clothes), a computer and a calendar with competitions. Maybe the performance itself is not the best, but it is a really nice element for the eye. No more clunky clicks to go to the next race, but an elegant way to look at the calendar, read a few e-mails and start the next race with the calendar. Of course, this is not a special novelty, as this solution has already been used by, for example, Codemasters studio.

However, before we launch our career, we need to create our player. According to our preferences, we choose his clothes, give him his name, surname, nickname, start number and nationality. Only now can we safely continue our motocross journey. During the career mode, we can take part in full competitions, including qualifications, but there is also an option for people who do not like to drive several minutes on the same track. It is then possible to choose to drive without qualification, and thus participate in the race itself. I will mention here that this disables the possibility of choosing your starting position, because it is predetermined that we are in the worst position. As befits typical races, we lead our career from the proverbial zero to the hero, starting with a cross with minimal performance and ending with accepting sponsors’ offers in higher and higher categories.

As for the steering and drive system itself. In my opinion, it is not too complicated, and mastering the motorcycle (of course with optional assistants) took me only a few minutes. An interesting diversion is the introduction of the option of balancing the player’s body. This means that we not only drive the bike now, but also have control over the character itself (right analog stick). This is of great importance when overcoming subsequent jumps, as well as entering corners. Undoubtedly, the incompetent use of both ***** can lead to many falls.

The audiovisual side of the reviewed production is not at the highest level. It is true that when it comes to the graphic design itself, it is not tragic, but it does not meet all expectations. In fact, the real-time representation of the deforming ground is an interesting aspect that pleases the eye. But that’s not all. While riding a motorcycle, we observe flying square pixels that imitate fragments of the chipping off ground. Maybe I’m exaggerating when I write about “square pixels”, but it really doesn’t look very good. On the other hand, the dirty clothes of the players look great, but I have not been able to notice when it happens. For me it was something like “the closer to the end of the race the dirtier”. While the foreground (track, competitor, motorcycle) still looks fair, the background scenery leaves a lot to be desired. Of course, we don’t have much time to watch her during the races, but the audience is stuck from a completely different game. The sound of the PlayStation 4 version has allegedly been reworked. The sound of the motorcycles, however, is not the best reproduction, and the gameplay itself lacks some characteristic background music.

They sum up MXGP: The Offical Motocross Videogame is definitely not a production that I would choose when presenting the PlayStation 4 console to newly met colleagues. The graphics may not be the most important here, but it is definitely not made to the console’s capabilities. In addition to the production, fans of racing simulators or people who simply like to race, and thus effectively fill their free time, must not be indifferent. In this case, MXGP will definitely do the job.

Special thanks to CDP.pl for submitting the game for review.