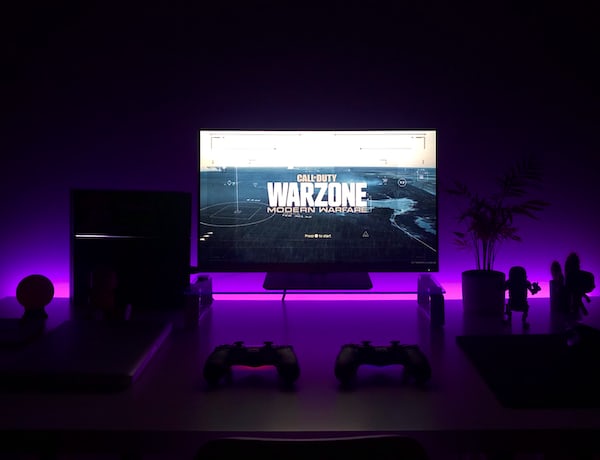 Mortal Kombat 11 was originally released on PS4 and XONE consoles 2 years ago. What does the version change to the new generation?

I’m not hiding that Mortal Kombat 11 is one of the best fighting games in my opinion. It is also, in my opinion, the best game in the series. In 2018 I had the opportunity to play this title on PS4, and you can recall the review of this version after going to the page below.

Of course, today’s text does not repeat the sentences I made two years ago. The review you are just reading focuses on the differences to the PlayStation 4 edition and what’s new on PS5. For this reason, I will not describe the basic plot – it is identical to the one presented in Mortal Kombat 11that we can play for a long time. The Final Edition, however, includes all available DLCs. One of them is Aftermath, which adds new playable characters and expands the story with 5 new chapters. The action of the expansion takes place right after the end of the main story. Without revealing much, the main task of our warriors is to ensure that the world is rebuilt in such a way as to get rid of conflicts and battles between dimensions once and for all. In short, it requires the combined skills of the new playable characters Shang Tsung and Fujin and going back in time. We will also play the role of Nightwolf, Sindel and Sheeva. It shouldn’t take more than 3-4 hours to complete Aftermatth, but I’ll admit that I don’t find the duration of this expansion a minus. The story is presented very skillfully and there are no debts. For fans of the basic story from Mortal Kombast 11 is a must-know content.

Other novelties are all Kombat Packs connected immediately to the game. Thanks to this, we have access to a pool of as many as 37 playable characters. Of course, they belong to the basic core (including classic warriors such as Sub-Zero, Scorpion, Raiden, or Liu Kang), but also to Rambo, Spawn, Joker, Mileena, Terminator, previously issued as part of additional fees. Shang Tsung, Sheevy, Fujin, Nightwolfa, or Sindel. It is a pity that there is still no attempt to add Goro and Reptile, but well – as you can see, you can’t have everything. The upside is the variety of new players. Sheeva and Spawn keep their feet on the ground, delivering mostly slow but strong blows, with Fujin and Mileena, for example, focusing on quick close-range attacks. On the other hand, the Joker has been prepared for fans of medium-distance fights. Undoubtedly, everyone will find a character they like. Staying with what’s new in the Aftermath package, I must mention the return of the Friendship finishes. They are performed similarly to Fatality, but in this case pressing the appropriate combination of directions and buttons will launch a non-lethal attack designed to ridicule the opponent. This is a very good alternative for people who do not like the excessive brutality of finishes, and yet would like to somehow reward themselves for winning.

Of course, there is no rose without a thorn. I really like the clashes fought as the Terminator T-800 (dubbed by Arnold Schwarzenegger) – a machine from the future that sheds its human shell with almost total health damage, or Robocop or Sylvester’s Stallone Rambo (which in my opinion has the best ending in the Classic Towers). At the same time, I can not help but mention the production flaws. The most painful thing is, unfortunately, the lack of transfer of story progress between generations. This means that if we want to replay some part of the campaign that we completed on PS4, we have to go through it again on PlayStation 5, from scratch. The advantage, however, is the transfer of our online game states and our global level, but still, it is impossible not to notice that the save is not imported properly. I also have no good news for those of you who wanted to continue platinum on PS5. The new generation version has a separate set of the same trophies to get and we must take into account the need to unlock all the cups from scratch – unless we play the PS4 edition, but then we will not be able to enjoy the improvements available on PlayStation 5.

It is true that there are not many of them, but they significantly affect the comfort of using the game. The main change is the resolution increase. On the new generation of consoles, we always deal with textures in 4K – I would like to remind you that on PS4 the game had a resolution that was half the resolution, Full HD. Below are some screenshots of the appearance Mortal Kombat 11 for PlayStation 4 with the PS5 version. The textures are noticeably sharper and more detailed. The best thing is that the smoothness of the animation is kept at the level of 60 frames per second, which, combined with the aforementioned texture quality, makes the Mortal Kombat 11 on PS5 is the best visual editing possible.

The significantly shortened loading times are also important. This is of course possible thanks to the use of fast SSDs in the new consoles instead of disk HDDs. I ran a few tests and the results often shocked me. The launch of the production on PS4 took 38 seconds. On PlayStation 5, this time was reduced to 27 seconds – so it’s good, but that’s not what I liked the most. When going to the Vault on PS4, we had to take into account the expectation of 16 seconds – quite decent. It turns out, however, that on PS5, only 3 seconds pass from the moment you select the Vault to landing in it! It is still not the most impressive result. How about loading a fight in a second or two? If you have a choice, be sure to play Mortal Kombat 11 on the new generation. I admit that after playing this production on PlayStation 5, I cannot imagine returning to this title on PS4.

Mortal Kombat 11: Ultimate Edition is the best possible edition of a great fighting game. The game was already great on PlayStation 4 and now it has been further enhanced with 4K resolution while maintaining a fantastic 60 FPS smoothness. Loading times do not exist, and the addition of characters previously available in Kombat Packs allows us to choose our fighters from a pool of almost 40 characters. This is the perfect package for people who would like to start their adventure with the latest installment of the legendary series. Also, those of you who already have the base game should consider purchasing the reviewed edition. The basic version is available for PLN 90, while Ultimate Edition was priced at PLN 220 – the difference is less than when buying the DLC included in digital stores. It is also worth noting that the title allows online play between different platforms, which significantly reduces the waiting time for finding a match. The production also offers a free upgrade to the new generation version, so you can buy it on PS4 or XONE, and in the future play it on PS5 or XSX | S. The game is available in the Polish language version – the same as the 2018 edition.

The game was provided for review by the publisher, Cenega.