Review: Layers of Fear VR – in the middle of a horror movie 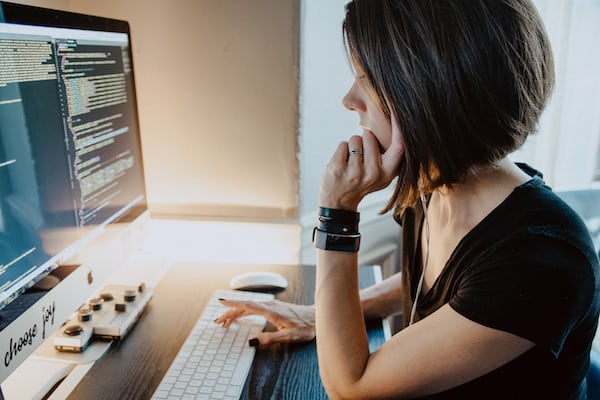 Review: Layers of Fear VR – in the middle of a horror movie

Layers of Fear version for VR goggles will hit PlayStation Store tomorrow. If you do not know yet whether it is worth buying this game, maybe this review will dispel your doubts?

Layers of Fear was originally released at the beginning of 2016. I had the opportunity to review this production in the PlayStation 4 version. Did I like it? You will find the answer to this question in my text, which you can go to from this link. A few months later, I moved back to the world created by the Bloober Team. In my opinion, the Inheritance expansion did not manage to repeat the success of the base. On the way Layers of Fear was released on Nintendo Switch. In 2019, it hit PS4 and XONE Layers of Fear 2, and for VR goggles (except those from Sony) a remodeled one. We are now in 2021, and the Polish producer has also decided to enable PS VR players to get to know the stories surrounding us from the first part. Was this the correct approach? I invite you to read the review, which should make it easier for you to make a purchase decision.

Layers of Fear VR it allows us to play the role of a painter plagued by creative powerlessness. Walking through the rooms and corridors of the mysterious mansion, we learn a monstrous truth every minute. Naturally, I will not reveal the plot – I do not want to spoil you discovering it yourself. However, I must mention the Bloober Team’s way of conveying the content of the events. Poles do not provide us with much information directly and we have to find a large part of it on our own. It is really only up to us how we understand specific events and images. The title under review is exploration. If we want, we can load the lists, thanks to which we will learn a bit about the history of our character. In this way, we can better empathize with his situation and understand his problems more fully. Of course, this does not affect the main axis of the story, but it does matter if we want to answer many questions that bother us. It is also worth noting that the ending of the game depends on our style of gameplay, including our reaction to the threat. So there will definitely be people who will want to graduate Layers of Fear several times.

As for the gameplay itself, we are dealing here with almost the same as in the case of the original. Our task is to move from room to room, interacting with objects in a given place. Very often the door is still closed and we have to work with all the items available in a given location. Only in this way will we be able to open the way for ourselves. We also often have to solve logical puzzles. Some of them are obvious and do not meet any difficulties, but there will also be ones that will keep you a little longer. It does not mean that Layers of Fear is a long game. It shouldn’t take more than 3-4 hours to complete. Undoubtedly, this is not a record time, but it also has its advantages. Thanks to this, the creators managed to avoid debts and we move between rooms without weariness. Much of this is due to the transfer of the game to virtual reality. On PS4, I felt a bit weary towards the end of the game. In the VR version, however, this problem has been eliminated and I’m in a hurry to explain why.

Layers of Fear VR requires two PS Move controllers to play. Seeing in front of me the message about the need to connect these “wands”, I was very positive about the story that awaited me. Often the implementation of Moves support in PS VR titles turns out to be extremely beneficial for immersion. It is no different in the case of the production of the Bloober Team studio, although it was not without some reservations. I have the impression that the second controller is a bit unused. Of course, there is a trigger on both of them, which is responsible for clenching the hands, and thus grabbing objects. However, assigning functions to the other buttons is quite bizarre. On one controller we have crouching and turning to the sides, on the other we have left and right movements. You need both Movy to go forward and backward, or to press the Options button (which is used to reset the controller layout as standard). The fact that two Movas make sense to convey the illusion of operating our hands. However, this does not change the quite bizarre layout of the functions in relation to the buttons.

When describing the virtual reality version, I cannot, of course, ignore the tracking of motion controllers. I have good news for you – this element has been implemented very precisely. I had no problem with the proper maneuvering of my hands – virtual and those holding Movy. My moves were well transferred and you will definitely have no problems handling the game in this respect. The goggles are also very well detected and it is tempting to say that I did not see the words “Out of the game area”. It would, however, be a lie. As long as we look ahead and lean our head a little, there is nothing to complain about. The game tracks our swing correctly and you can feel as if you are actually our character. The problem arises when we want to look a bit more to the side or at the ceiling. Unfortunately, the developers decided to make the tracking area a bit too small and it would not hurt to expand it. The ability to customize many options is not without significance for VR. We can stand or sit, choose the degrees of rotation, the range of the vignette, and even the leading hand. This translates into assigning interactions to the left or right controller.

The graphics were a strong point of the basic version Layers of Fear and it’s no different when editing on VR. Naturally, you cannot expect 4K textures and the resolution is still not the highest for the image displayed by Sony goggles. Perhaps this will change with the release of the new PS VR, dedicated to the PS5 console. However, this is only my guess and should not be taken for granted. So let’s get back to what I am convinced of. The reviewed title boasts impressively designed interiors. Layers of Fear it’s a horror movie, but one of the good guys. Many productions of this genre try to scare the player with boorish jump scares. Fortunately, there are hardly any of them in the work of the Polish team. I counted maybe two of them. What scares about the described title are events and sounds. Sometimes even a child’s laugh or a forgotten doll can scare you better than a demon popping up right in front of you. Climate in Layers of Fear it is brilliantly built and we immediately feel part of the presented world. Music is not without significance. Arkadiusz Reikowski created phenomenal compositions that introduce a psychedelic mood. Even after completing the game, I love to come back to them while I am writing this review. Below you can listen to songs written for Layers of Fear. Music is a real championship and one of the game’s greatest strengths.

Layers of Fear VR is an incredibly addictive game. It is not one of the longest and you can easily complete it in just a few hours. However, it will be an unforgettable adventure. The history of the painter and his creation of a masterly work is absolutely captivating. This is a very mature story that gains in virtual reality. If you have not had the opportunity to check this work yet, and you have Sony goggles, do not even hesitate. Layers of Fear VR is one of the best PS VR horror movies in recent years. It is worth buying even for the climate itself. You can stick to the slightly small number of elements we interact with. However, accepting this inconvenience, we will be delighted with the well-designed locations and we have matured the stories. In my opinion, this is a must-see for horror, psychedelic and VR lovers.

The game was provided for review by Bloober Team.