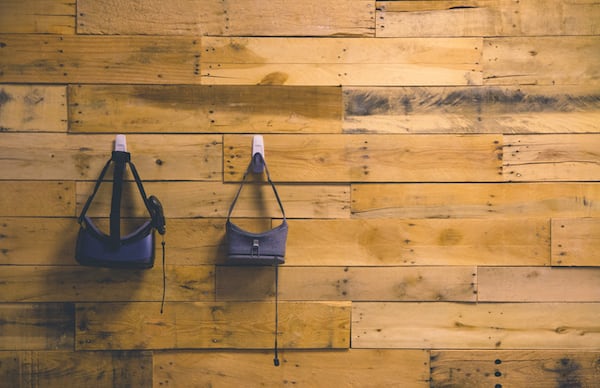 How to survive on an island full of zombies.

How to Survive is an isometric survival-horror from Eko Software, which was available on PSN for a minimum of a year on PlayStation 3. Today, Storm Warning comes to PlayStation 4 in the DLC-enriched edition. Is the game better than the original version? Let’s find out.

But let’s start from the beginning … The action of the game was set on an archipelago of initially four, and now seven small islands located in Colombia’s territorial waters. At first glance, the place we found seems uninhabited and very, very peaceful. An ideal place for a summer vacation. However, after a while we notice that the island is inhabited by herds of hungry zombies.

Initially, we had only three survivors to choose from: the brawny Jack, the universal Kenji or the agile Abby. Now, Nina, a military veteran with serious hand-to-hand combat skills, has joined this ranks. Once we choose who we want to try to survive, we can start. After a short conversation at the beginning of our adventure with another survivor, we learn that there is a horde of zombies on the island, and our new friend has a task for us. After completing it, we will get a stick and advice to keep our eyes on the back of our head and find the survivor, Kovac, who has been hardened in combat. He is a master of survival and an expert in the art of killing the undead. We have nothing left, so how to find a survivor-veteran, and when we get to him, we get a new task. And so we are going to other places where we will meet other people with tasks for us. In addition, on the islands we come across 12 chimpanzees that communicate with people using talking parrots. Monkeys sometimes have at least a strange task for us, but after completing it, we will always receive a reward worth it. Unfortunately, the story mode is failing, and the word – storyline doesn’t fit very well here. We get, because only a few dialogues and one twist. This is far too little than you might expect.

Fortunately, How to Survive offers more than just the basic campaign mode. We also have a Challenges mode consisting of eight different challenges such as: find a plane or survive the night. It is worth mentioning here that all challenges can be played in cooperation. Playing with friends takes place online or on one couch. The latter hasn’t been used often enough in recent times, so it’s a big plus for me. It is known that it will always be more pleasant for two, and above all, it will be better to survive. Well, that’s right … does there always have to be a but? Here, unfortunately, yes, because the constantly turned on “friendly fire” can easily turn our companion into a corpse. Don’t worry though, as we can revive our friends every time with no extra items.

It may not sound very exciting, but How to Survive is not boring and can be a lot of fun. Each character gains experience, thanks to which he can unlock new abilities in the tree. Some of the skills are assigned only to a given character, so it is worth considering your choice at the beginning. There is also a fight which, thanks to the self-made tools of zombie extermination, becomes much more effective and will bring a smile to one face. However, we can create not only weapons. We can also make several pieces of armor (e.g. leg cover, gloves, helmet), as well as various types of food (baked meat with mushrooms or fruit lemonade). Speaking of food, it is an important aspect in the life of our survivor. In addition to the health indicator, it also has a hunger and thirst indicator (i.e. we need to eat and drink) and a fatigue bar, and each of them must be refilled systematically. For example, when we want to complete the last of the above-mentioned indicators, we go to sleep. For this, we need to find one of the shelters and clear it of zombies. Only then can we go to sleep behind the closed door (yes, the door must be closed so that we can lie down).

More interesting, however, are the new modes: One-shot Escape is exactly what you think – one chance to escape the island. It is ridiculously difficult, especially when we start out with nothing. There is also the Barricade mode, which is the total opposite of the first. We have to defend the camp, including the wounded Henry and the doctor who runs it. There is also a new difficulty mode if you really want to suffer.

Unfortunately, the tech goblins that made Glitche in the original version of the game are still present on next-gen consoles. Character animations lack fluidity, no sense of influence on their physical punches and Gunplay is still imprecise. The graphical update mentioned by the creators is not so much visible. The additional modes and the included DLC created the de facto edition of Storm Warning, and it would be nice to see more visual and performance improvements.

To sum up, How to Survive – Storm Warning Edition is a very nice title that is fun to play with friends. Apart from the fact that the edition for the current generation consoles, it is practically nothing more than packing the basic version of the game with add-ons. This title is really interesting and will bring a smile to one face. A game worth a moment of our time.

Thanks for 505 Games for providing a review copy.