Review: Dead or Alive 6 (Xbox One) 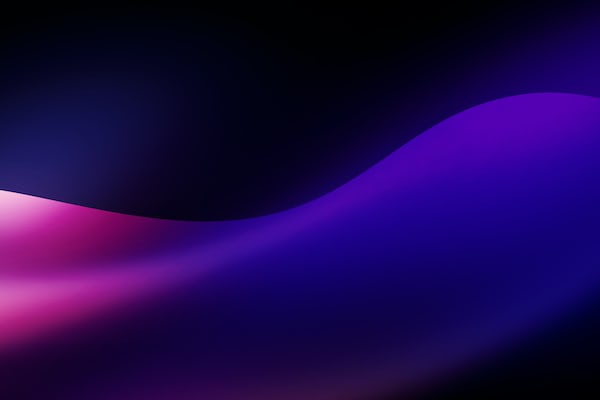 Review: Dead or Alive 6 (Xbox One)

Another competitor of the genre is just entering the ring

The Dead or Alive series has been with us for 23 years. For many fans of fighting games it is “this title where you can see female charms”. Of course, this is only half the truth, the fact – the production can boast of being attached to female warriors, but also a very good combat system, in which both a novice and a professional player will find themselves. The sixth part of the main series (there are also spin-offs that do not have much in common with fights) made us wait 7 years. It’s time to see if such a long period of aging had a positive impact on the next Dead or Alive tournament.

When I found out that I was going to be reviewing the newest title from Team Ninja, I was positive. I encountered the whole cycle on the occasion of the fourth part that remembered the golden times of the Xbox 360. Then there were five that chained me to PlayStation 3 for several longer sessions, alone or with friends. ‘

Unfortunately, then someone in Tecmo had an inappropriate latch in the brain and DoA 5 became something like a dairy cow that needs to be milked to the last drop. And so, for 7 years, we received an avalanche of accessories in the form of clothes for characters that were supposed to focus on the basic instincts of some players. Along the way, the title hit the current generation consoles, and fans could dream about the next major installment of the series. But finally someone saw that the cash spring was drying up, so it’s time to do the next big installment of the series.

Many may wonder why I mention such aspects. Well, in my opinion, the biggest disadvantage of Dead or Alive 6 are not the technical aspects, but the publisher. At the beginning of the production life, the network received information that the season pass will amount to the amount of 300 Polish zlotys. Of course, it would be possible to wave that hand if we had a lot of new characters in this Rich Man’s Pack. Unfortunately, in the title support note, the new characters’ announcements are dated to June, and by then players are expected to receive, yes, you guessed it – more character outfits.

This approach hurts me all the more because the title offers us a very pleasant return to the well-known and liked formula from the side of the game. At the start, we get access to iconic heroes, each of which has undergone a delicate facelift combined with learning new special moves. Everything works very smoothly, and the combat system once again offers a friendly entry threshold for newcomers, being only a prelude to learning more complicated techniques.

In terms of modes, we are dealing with an iron classic of the genre. In this way, we can choose the Arcade, Survival and Versus modes where we will be able to test our skills by playing against the console or by enlisting our friend to the game. The novelty is DOA Quest – a mode where we will be subjected to more and more sophisticated trials for the performance of which we will receive stars and virtual currency. Personally, I think that such an idea can attract many players to the production for a longer time, and enthusiasts of making better and better results will be delighted.

However, what Team Ninja has done with the Story mode is a grim joke. For several years we have been seeing a new trend in fighting games. Each of them must have a gameplay module focusing only on the story. Mortal Kombat and Injustice are perfect examples that such a patent is possible even in this genre. Japanese developers approach it a bit differently. For example: Tekken 7. The last adventure of the Mishima family may not have been a screenwriting masterpiece, but it was done correctly and kept on the screen for these 3 hours. Team Ninja decided to do something completely different.

After entering Story mode, a timeline appears before our eyes. On it, we have tiles scattered around for each character. There is also the main storyline, telling about the fate of the new Dead or Alive tournament and the attempts to create another genetically improved grandfather, who will destroy everything in his way. The plot is, of course, utterly stupid, and the characters have such stale dialogues that they could easily feed a few studs. However, it has its own specific atmosphere, which cannot be appreciated in any way because the creators effectively slaughtered the whole thing.

Well, there is no way to fire up one thread and follow the sequence of events. Instead, we have to manually select history tiles that interest us, and as a result we fire up sequences; cutout-minute of fight-cutout-back to menu. Thanks to this, the whole story does not have any dynamics and only die-hard fans will deal with the whole transition.

Fortunately, when it comes to online mode, it’s better. The network game protocols work properly, and the only lags that can be experienced are when our opponent has a coal-powered Internet, thanks to which the fight can resemble a display of semi-static pictures. Fortunately, such players are rare, so it’s not a common sight.

As for finding sparring partners, things vary. It all depends on the time we play, because in the morning or around noon, you can not complain about the lack of opponents. Unfortunately, in the evenings or late at night you have to get ready for longer sessions with the player search screen. The only drawback of network mode is that it covers one entire mode. There are no quick fights or tournaments between players, as was the case in the fifth part of the cycle. At the moment, we are left with ranked matches and patiently waiting for the development of the online mode.

As for a purely technical issue. The title does not differ from what we are used to by Dead or Alive 5 on current generation consoles. As a result, we get our hands on great-looking heroes whose movements on the screen would embarrass many action movie stars. As it happens with Team Ninja games, we can choose how we want to experience the entire production.

We can choose from better resolution and more graphic flairs or better smoothness of the game. I personally chose to glorify the fluidity because the old folk truth says that a brawl tastes best at 60 frames per second. Owners of Xbox One X and PlayStation 4 PRO can realistically consider the idea of ​​changing the quality of graphics, but if, like me, you use basic copies of any of the platforms, choose fluidity.

Dead or Alive 6 is a production for which the term ambivalent feelings fits too much. On the one hand, we get a very good fight, which is based on the strong legs of the duo combat system with a satisfactory technical performance. On the other hand, we have Tecmo, which you can see that I want to turn Dead or Alive 6 into another cash cow, where we will receive a new character from time to time, but at the same time we will be flooded with a ton of additional clothes for relatively high sums. If you are a die-hard fan of the series, I can recommend this title, but if you have never participated in any Dead or Alive tournaments, then look at the Core Fighters edition, which is available for free. Thanks to it you will know if this series is for you.

The game was provided for review by Koei Tecmo Games