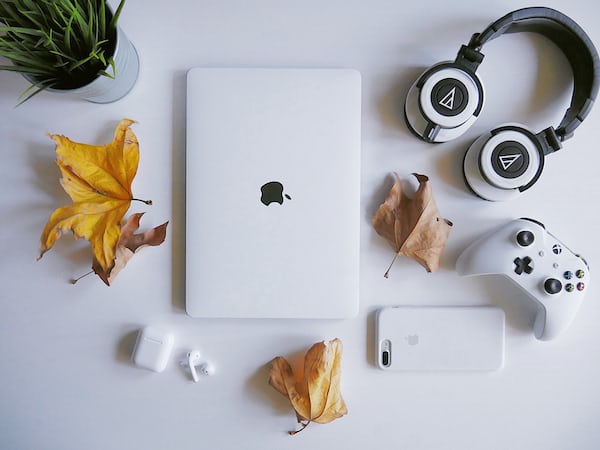 Assassin’s Creed is like pizza – even when it’s bad, it’s still good.

Assassin’s Creed is one of the largest brands in the entire video game industry. Ubisoft has a hen that lays golden eggs and does not think to stop delivering them to our table. They always did it once a year, now they released two games in the series. Does the hen still have the strength to lay these eggs?

To understand Ubisoft’s behavior, you need to look at their previous major production – Watch_Dogs; a title created for new and old consoles. There are many problems with publishing such a game. You cannot use the potential of more powerful equipment, because the older ones can barely keep up. In this way, we usually have a product that does not look stunning on the new generation, and does not work well on the old generation or has obvious deficiencies. Ubisoft wanted to avoid such a situation with the new Assassin’s Creed. Remember, however, that there are still many owners of Xbox 360 and PS3 than owners of PS4 and Xbox One. Ubisoft, wanting to kill two birds with one stone, decided to release a separate game for the old generation and a separate game for the new one. Thus, Unity and Rogue were born.

Here are two games from one series. On the one hand, the titles are very similar, and on the other hand, they are completely different, as if they are not part of the same series.

One was created in the shadow of the other. While we were delighted with the next pictures and Unity shows, the programmers were quietly creating Rogue.

If I were to describe these games in one word, Unity is new and Rogue is old.

Everything in Unity is new – the city, the era, the hero, the graphics engine, the mechanics of moving around the city. Rogue, on the other hand, is actually a Black Flag, in which palm trees have been turned into ice floes. Everything about this title is known. Gameplay, mechanics, places, characters – we had the opportunity to meet all of this in Assassin’s Creed III and IV. Playing Rogue made me feel at home, while Unity was like going to a place I hadn’t been to before.

The only aspect where this relationship is reversed is perhaps the most important element – the plot. Unity is painfully clichéd. Here we meet a new hero and accompany him first on the way to becoming an assassin, and later, as a member of the brotherhood, discover the secrets, defeat the Templars and take revenge for the death of a loved one.

Rogue is a breath of fresh air in this aspect. Shay, the main character of the game, is a former Assassin who turned to the Templar side and now deals with hunting his former brothers. We already get to know him as a trained man. Of course, we will witness his departure from the fraternity, as he crossed over to the other side, but we don’t have to go through his entire training for one time.

Rogue is like discovering a completely new page in our favorite book, and Unity is a bit like a well-worn story that we have already read several times, but in different realities. Both will give you a lot of fun and enjoyment, but the plot of Rogue is a bit more interesting.

As already mentioned, Rogue is practically the same game as Assassin’s Creed IV. Is it good or not depends on your attitude towards this installment of the series. Then we are dealing with an open world on which we can sail our boat. We have ships to plunder, treasures to be found and Assassins to kill. Some new weapons were added for the hero and his ship, but I had a constant feeling of Déjà vu while playing. It wasn’t bad, after all, I consider Black Flag to be one of the best parts of the series. In the game, we visit places we already know (eg Davenport’s Estate or New York). Shay’s tutor is young Achilles. We will also meet min. the venerable Adéwalé or Haytham Kenway.

Arno’s adventures are at a completely different extreme. Everything is brand new here. The world is open, but we mostly move around Paris. The whole thing is impressive and brings to mind Rome from Brotherhood or Istanbul from Revelations. We don’t have such a variety of terrain and conditions. The city is reproduced with attention to many details. The interiors of the buildings look beautiful. There are a lot of new things to do around Paris.

Unity is the first game in the assassin series where stealth looks deliberate. Unfortunately, this element was not created well enough, which is surprising considering that Ubisoft has the Splinter Cell series in its catalog. Well, sneaking in Watch_Dogs was better done than in the new AC. The hero has the ability to hide behind covers, but he does it extremely crude and it is difficult to maneuver between hideouts. The novelty is showing the place where the guards recently saw us – this is where the transparent outline of our hero appears. We can use it, for example, to lure the guards elsewhere.

The RPG aspect is also new, so far appearing rather marginally in the series. In Unity, we can change our hero’s weapons, equipment or outfits. Each item has its own statistics, which we can additionally strengthen with improvements. It’s the same with Arno’s abilities. We unlock them by gaining experience. This is a completely new system for the series and I am yet to get used to it. In previous games, our hero always had the right skills. In Unity, we decide what to unlock and in what order. To shoot a pistol, it is not enough to buy it in the store – first, you have to unlock the appropriate ability. We will later move all our belongings to the multiplayer mode.

Exactly – network mode. It is worth noting that the Rogue is completely devoid of it. As a matter of fact, Unity too, because after the multi-version known from previous installments, the trace was lost. Instead, Ubisoft has prepared cooperative missions for us. We can complete additional tasks with 3 friends. They are completely optional and do not affect the plot of the game, which should please fans of singles gameplay. Coop missions are fun to play, it’s an interesting springboard and a lot of fresh air for the series. However, these missions have one major disadvantage – they are difficult to play with random players. This is the problem of all online stealth productions. If our team is not disciplined and harmonious, there is no question of perfect organization of the action. I don’t think I need to realize that it’s hard to find such players. The best way to do these missions is to play with friends with the microphones on.

I’ve always found pointing out bugs and glitchy Assassin’s Creed games to be pointless, because there have always been a lot of them. Assassin’s Creed is just like that, that’s the charm of this series. Some mistakes were funny and fun, others frustrating, but always low-risk. In the case of Unity, however, the number of bugs is alarmingly large. I can confidently say that I encountered more bugs in this one game than in all the previous parts combined. Disappearing and appearing from nowhere characters, problems with the geometry of objects, penetrating through walls. There are tons of videos on the internet showing the weirdest mistakes. Despite many fixes, Ubisoft still hasn’t removed them.

However, in my opinion, the biggest problem is the mechanics. So far, while playing games from the series, I have not had any problems with the controls. The controller became an extension of my hands, and my character did exactly what I wanted in most cases. It’s the same in Rogue. Shay runs exactly where I wish it to be. But Arno has problems with that. Never before have I felt like I was struggling with the controls that keep throwing obstacles at my feet. While the climb is bearable, the brand new, widely advertised descent mechanic is terrible. I totally do not understand what it is, and the character I control does what he wants and never lands where I wanted it. Perhaps it takes a little more training from me, but that doesn’t change the fact that it’s quite frustrating.

In fact, Unity has everything you need to be a good game. The whole thing is spoiled by these unfortunate shortcomings and mistakes.

Both games cannot be faulted in terms of side quests. Both Paris and North America are filled with collectibles, treasures, missions and other things that should keep us captivated for hours. No matter which game you choose, there are tons of things to do.

The titles vary greatly in terms of graphics. Rogue, as befits a product released on PS3, looks worse, but does not differ in quality from the previous parts. Unity is a completely new quality. The graphic design for the first time in the history of the series has improved significantly. Here’s Assassin’s Creed for the next generation, it’s a pity that it was not without mishaps. The game often loses frames and does not work well. May the developers manage to improve it, because we know that PS4 is capable of displaying miracles. The number of people on the streets is especially impressive – hiding in the crowd makes sense. These are not groups of 2-3 people, but a real crowd.

The sound of the games are on a similar level. As usual, the voices of the actors and the environment are at the highest level. Of course, there will be lamentations who will point out that Arno, as befits a true French, speaks beautiful English. Personally, I liked the Rogue soundtrack more, and the track played in the main menu of the game beats what we hear in Unity.

It is worth adding that, as standard for the series, both games contain Polish subtitles.

A novelty in both titles is the so-called Assassin’s Creed Novices, an online portal that collects information about our activities in the games of this series. Unfortunately, at the moment I can’t say anything more about it, because it simply doesn’t work, like the whole Uplay. In theory, the portal was supposed to scan my actions in every part of AC and summarize everything in a transparent way. Unfortunately, my profile is empty, the system cannot see any of my games. Perhaps this will be fixed as Novices are supposed to unlock content in Unity and Rogue.

It is used to being second nature to man – that’s probably why I played Rogue much better. This game is more polished, because Ubisoft has been making it for 7 years. Unity is the biggest revolution in the series since Assassin’s Creed III and, like then, it hasn’t gone well so far. It all shows that Ubisoft wanted to breathe a little life into the ossified series. Perhaps the artistic vision of the creators did not overcome reality. Perhaps the game came out too early and needed some more polishing. The only question is whether Ubisoft can handle it before players get completely bored with these eggs.
For those of you wondering between the two games, I’d recommend getting a Rogue first. By the time you get through this Unity title should be partially patched. If Ubisoft corrects the mistakes of the next-gen Assassin in the future, you will be able to raise his rating.

Minuses:
-… which, unfortunately, is not used up
– Bugs, bugs and more bugs
– Mechanics of descending from buildings
– Monotonous landscape

Assassin’s Creed Rogue
Pros:
+ Proven entertainment
+ Once again, we have the opportunity to go by boat
+ Story
+ Music
+ Lots of things to do

Minuses:
– Not much different from AC IV