PS4 Slim or Pro – Buyer’s Guide Dualshock 4 for the new PS4 models will be even better We are looking at PlayStation 4 Slim – ReviewBuy a PS4 Pro? Here is a guide on how to use the power of the console in conjunction with the 4KTest TV: PlayStationVR, or virtual reality from Sony 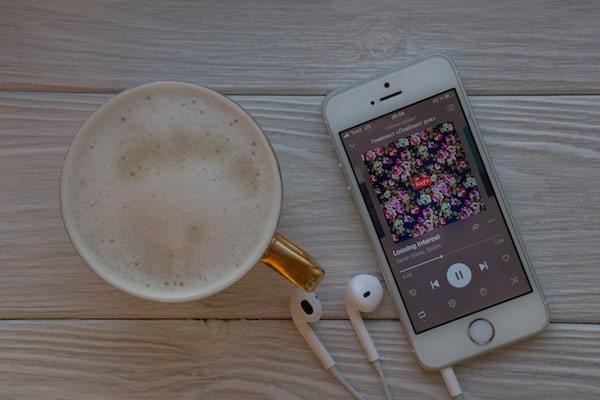 PS4 Slim or Pro – Buyer’s Guide Dualshock 4 for the new PS4 models will be even better We are looking at PlayStation 4 Slim – ReviewBuy a PS4 Pro? Here is a guide on how to use the power of the console in conjunction with the 4KTest TV: PlayStationVR, or virtual reality from Sony

Last week, we were officially presented with two new Sony PlayStation models. In fact, one new model was presented – PS4 Pro and one refreshed, i.e. PS4 Slim. If you are faced with an important question in the near future – which model to choose (or replace), I will try to suggest it in the following text.

How is it different from the currently sold model? Virtually nothing, except for the changed housing. It’s technically the same model. Another thing is that, according to many players, the current “old” model is nicer. This is, of course, a matter of taste. The set also includes a slightly modified Dualshock 4. One more glowing lightbar on the touchpad has been added to it. It is quite a strange modification considering the fact that players from the very beginning complained about … the lightbar. The users were bothered by the fact that it is too big and it shines too much, and unfortunately Sony did not allow it to be completely turned off (later it could be dimmed, which most players did immediately).

Dualshock 4 for new PS4 models will be even better

What can you count on when buying a “skinny”? Full library of previous PS4 titles. A lot of games run at 1080p and 30 fps, although we can often find titles in 720p and 60 fps. The graphics quality on a Full HD TV is very decent, but it is obvious that a powerful PC will be able to generate a nicer image. However, the price of about PLN 1,300, a very comfortable pad and playing on a large TV are pluses that are very important.

We are looking at PlayStation 4 Slim – Review

Here we come to the icing on the cake. The Pro version is a more powerful version of the PS4. According to Sony, it is more than twice as powerful. It uses the X86-64 AMD Jaguar processor clocked at 2.1 GHz. According to tests, it is about 30% stronger than the previous 8-core AMD Jaguar 1.6 GHz. The biggest difference, however, is the GPU. It is 36 improved 911 MHz GCN units which gives 4.2 TFLOPS (up to 18 Radeon 800MHz units in the old model). If it doesn’t tell you much, know that it is almost 130% stronger parameter! And that’s not all, because I also have to mention RAM. In the new and old models, we are dealing with 8GB DDR5. However, the memory chips in the Pro are faster (218GB / s to 176Gb / s). An interesting fact is that the new console will be able to use 512 MB of RAM more than its predecessor.

All right. we know that the new model is much more powerful, and the price also seems to be very attractive – 399 euros. So does it make sense to think about the Slim model if we can buy better equipment for about PLN 400? Unfortunately, the answer is not as simple as it may seem. Pro was created to play on TVs in 4K resolution (2160p). The 4K standard has several adopted resolutions, but we can assume that it is 3840 × 2160. Let’s stop here for a moment. Despite much more power, the new console is not able to generate graphics in this resolution. Even powerful PCs for several thousand. PLN have a problem with it. The new “Czarnulka”, however, enhances the generated image to such a resolution and smoothes the edges. The effect is noticeable, but according to people who have already tested the new equipment, it does not make such an impression as HDR.

Did you buy a PS4 Pro? Here’s a guide on how to harness the power of your console with a 4K TV

HDR or High Dynamic Range Image is a concept that you must remember because it will be very important in the coming years. It’s this technology that makes the PS4 Pro make the difference. What is HDR really? It is an image whose brightness is comparable to that seen by the human eye. In practice, such a picture on the TV looks much more realistic. It is clearer and more detailed. You associate the effect when you leave a dark room and into the sun shining in your eyes. Now such an image on the screen will be brilliantly reproduced. And it is he who makes the new equipment from Sony spread its wings. It was the HDR mode that made the greatest impression on journalists testing the Pro. Unfortunately, having a 4K TV is not the same as having HDR. While the 4K TV can be purchased at a price of about PLN 2,000, the cheapest models with HDR mode cost several thousand PLN (about PLN 7,000 thousand and this is the minimum). Unfortunately, this technology will not become available quickly, so if you think that in a year you will buy such a TV for PLN 1500, unfortunately I have to worry you. And how is the new console for regular TV in Full HD? The games will be able to look a little nicer and finally reach the promised 1080p at 60 fps – but it depends only on the manufacturer of the game or not. We should also remember that a large part of the old games will receive an update for the new console so that we can enjoy higher resolution and HDR image.

We already know what and how. So you have to ask yourself what is worth buying. Additional confusion was introduced by Sony itself, announcing that the current “old” PS4 along with the PS4 Slim will also receive HDR mode (via software update). Of course, the quality will not be as striking as in the Pro version, but it will be noticeable nonetheless. Provided you have a suitable TV. And it is the key element in our considerations. If you have or in the near future you plan to spend a lot of money on a 4K TV with HDR function, spending an additional amount of PLN 400 will not be a noticeable expense.

In addition, you will get great graphics quality. Remember, however, that the new console does not have a built-in Ultra HD Blu-Ray player, which is a big disadvantage with such a TV (video streaming from Netflix or Youtube remains). However, if you own a regular Full HD TV, there is no point in buying a Pro in my opinion. At least at the beginning of his existence. The Slim version will give you everything you need, and the difference on Full HD will be small. With the money saved, you can buy two new games and enjoy such a set.

Of course, there is an exception to this rule. For hardcore gamers, 60fps at 1080p makes a big difference. And they will not hesitate to sip a higher amount from their wallet for a better model. An important argument may also be PlayStation VR – on a more powerful version of the console, VR games will certainly receive a qualitative and performance kick. So the final decision is up to you!