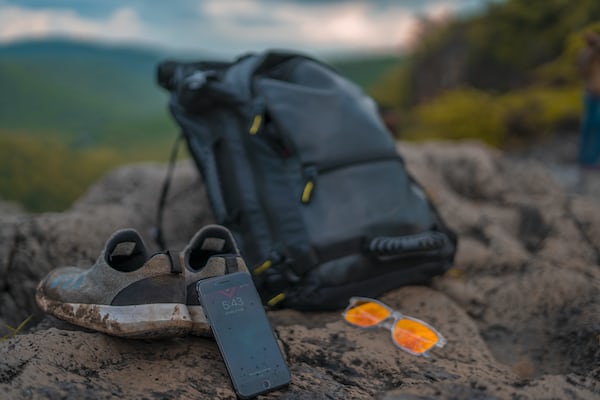 Tsumi, a child of bad luck, misfortune, strange coincidences and unexpected stories, had a problem with this addition. What? Well, that he still didn’t want to install. However, after several days of trying, despairing, removing and enchanting everything around, involving several people at the same time – we managed to do it. Mortal Kombat 11: Aftermath (or Mortal Kombat 11: Aftermath) is a pack containing three new, playable characters: Sheeva, Fujina and RoboCopa. It does not lack new skins for our fighters and the ending movement known from older versions of MK. However, perhaps the most interesting part of this expansion is the development of the plot, which in the eleventh installment is absorbing for a long time. The premiere took place May 26, 2020.

Continuation of the plot

It will not be a surprise if I say that this is exactly what I started with, because this is the part of the expansion that interested me the most. The storyline in Mortal Kombat 11: Aftermath starts right after the end of the base story when that Liu Kang defeated Chronicle. Starting the repair of history and events with help Raidencomrades come to them – Shang Tsung, Fujin and Nightwolf. A powerful wizard who is a demonic shapeshifter absorbing the living souls of those he defeats in order to survive for himself, he explains to Liu Kang why he should stop. It turns out that without the Kronika crown, which has been destroyed, all dimensions may cease to exist. The “Holy Trinity” that has emerged sets out to find the crown – yes, there is a trick by Shang Tsung in all of this, but that does not surprise anyone.

He appears in the plot Sindelthat has already been added to the game by the developers. The new characters are perfectly integrated into the story and everything fits nicely. It seems to me that although the expansion lasts for about 3 hours of fun, it is much more interesting than the base itself. There is no shortage of intrigues, interesting twists, and there is always something going on and it’s not worth taking your eyes off the screen. Or click “skip”, because it doesn’t make sense at all. Strong 9/10 for the story expansion. Of course, I will not summarize it, because it makes no sense. However, in the last scene we choose our destiny – whatever you choose, it seems to me that it ends with dignity anyway. And no – we will not find out exactly what will happen in the next installment of Mortal Kombat.

Among the new playable characters, he appeared Fujin, Sheeva and RoboCop. After much thought, the cyber cop fits this game like a fist in the nose, but this character in the hands of an experienced player can be quite effective. It seems to have appeared before Terminatorso maybe the creators didn’t want Arnold to feel lonely? Never mind. Return Fujina, God of the Wind, it is an absolute hit for me. Not only is he happy to be back and he’s a playable character, but he has a few new moves and a crossbow. Alone Sheeva also pleases the eye. Its distinctive stomp movement works as it should. Let me remind you that there is a long delay in its execution, but it is a strong, unblockable blow. I’m glad these two are back in the game.

A bit of a return to the past. For the classic, first parts of MK and what we remember perfectly for a kid. First impression – it was a bit strange to play in the arena, which glowed with pixels, and the characters were perfectly smooth and modern. However, you can get used to it – well, you can even love it.

Among the new arenas are Soul Chamber, Dead Pool and Retrocade. Dead Pool looks great. There is a lot of details and characteristic elements of the environment that can be easily used in combat. And you know what else? Stage Fatality to be performed. Soul Chamber at first glance, it looks downright terrifying, but dignified. Both of these boards have been woven into a new storyline (as you can see above). About Retrocadethe board is just great. Until the memories come back to the first parts of MK, which were played as a kid, when parents did not let them because the game is brutal.

In addition to the fantastic Stage Fatalities, which use elements of the arena, which are themselves brutal, carefully thought out and the ending of the fight in this way is pleasing to the eye like never before, during Friendship you can sometimes cry with laughter. That was the idea – this move is to end a brutal and bloody fight in a gentle way. A colorful rainbow and an inscription is something beautiful. This is, of course, another return to the older MK versions. Not all of them bring a smile to your face, but I do when you see them Shang Tsung – I howled.

In addition to key extras, there are also some new skins for some characters. If any of you like to play with creating new variants for your favorite fighters, you should be satisfied. It also did not take away the dynamic theme from Mortal Kombat 11: Aftermath, which I liked very much and I will not change it for a long time (unless I find a different, better one).

Mortal Kombat 11: Aftermath is an expense of about PLN 170. If someone is an avid fan of the series, it will be a must for him. It is different, if someone does not care about additional characters, the plot does not turn him on, and Mortal has a coincidence.

We thank the publisher Cenega for providing the review code.