Mental Hospital: Eastern Bloc 2, a horror game in the style of Silent Hill free for a limited time 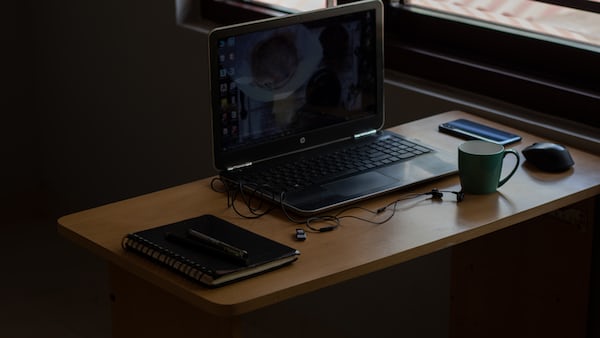 Mental Hospital: Eastern Bloc 2, a horror game in the style of Silent Hill free for a limited time

Although I am not too enthusiastic about Android games, except for casual games, those with simple graphics and playability that do not require too much free time, today I bring you a horror game for android that the truth is enchanting me since it reminds me of my times as a flawed player of horror games for the Play Station as Silent hill or resident Evil.

Specifically, the game that I bring you today is a game that reminds me to rage the Silent Hill saga, a game with macabre scenarios in which psychological terror is present in all corners and in which an atmosphere of terror is generated thanks to its dark scenarios combined with music and sound effects that are truly excellent.

The game that is of a payment nature, a payment of only 0.59 euros, now we can download and install it for a limited time completely free of charge and without in-app purchases or annoying advertising.

So if you like this kind of game than combine action, mystery, terror, and the ability to search and direct, I recommend that you run to download it because at just 150 mb of weight it offers us a good time of guaranteed fun.

Here is a direct link to the post on Limited Time Offers in the Google Play Store, a post that is recommended to consult daily since is updated every day of the year, so why don’t you add it to your favorites !!!

Also as I do not leave you a direct link so that you can download it directly from the Google Play Store by means of a box that I leave just below these lines:

But, what can we find in Mental Hospital: Eastern Bloc 2?

How I have already commented to you several times in this same post and also in the attached video that I have left you at the beginning of it, Mental Hospital: Eastern Bloc 2 is a horror game for Android that reminds me a lot of the popular Silent Hill game, especially to the first installments of the saga that for me personally they are still the best.

A game with scenarios that perfectly recreate a ravaged and devastated mental hospital in which some kind of disaster has occurred as it is all turned upside down and plunged into darkness.

Some very, very macabre scenarios in which the simple fact of walking through its corridors and rooms already generates a tension and panic that runs through us like a chill throughout our body.

Our main mission is to travel these macabre scenarios to find the camera of our friend David who disappeared under strange circumstances, while investigating what could happen inside a psychiatric hospital like the one we find in this story, a story that, as its own name suggests, is the sequel to Mental Hospital: Eastern Bloc that we can also download from the Google Play Store for only 0.59 euros.

This second part is full of scares and shocks since we do not know for sure if what we are seeing before our eyes is a real enemy or is just a simple harmless hallucination produced within our increasingly terrified minds.

In general, a very, very attractive game in which, if you like horror games in which you have to be patiently looking for things, investigate and not be all the time shooting left and right, this Mental Hospital: Eastern Bloc 2 is going to enchant you.