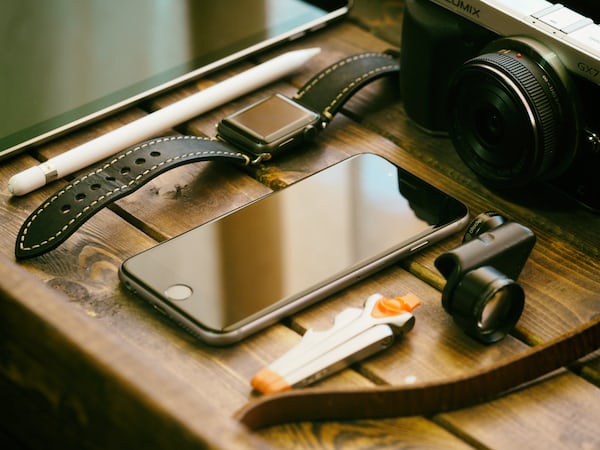 Thanks to the courtesy of Blizzard and CD Projekt, I had the opportunity to play and talk about this title with a representative of the producer.

Much of the information contained in the text will be known to those familiar with the Diablo III baseplate from older consoles, but they should also find something interesting. The presentation itself took place at CD Projekt’s headquarters and was led by Associate PR Manager Blizzard – Pierre Deslandes. During the 30-minute demonstration, I had the opportunity to see the game in action, check the operation of Remote Play and learn about the differences from the PC version (which I have passed and will refer to). For those interested, we also published a gameplay from the meeting and some screenshots from press materials, which show the most interesting interface and gameplay elements.

After saying hi, Pierre moved on to presenting the game. Initially, we admired the intro of the extension (Blizzard is unmatched in terms of the animations it creates). Then, the presenter chose the character of Crusader, which is one of the novelties introduced in the add-on (you can read about the content of the expansion later in the post).

The actual game began. The demonstration was conducted on the Diablo 3 Ultimate Evil Edition demo, which begins at the beginning of Act V and allows you to enjoy the game for about 20 minutes. Pierre started the presentation of the gameplay by demonstrating the option of taking rolls with any character (only Demon Hunter can do it on the PC). Of course, this is nothing new to the basic Diablo 3 for consoles, nevertheless, when asked about the balance of the game and opponents, Pierre replied that everything was refined and harmonized with this element. On the other hand, the opponents behave a bit differently than in the case of the PC version (I personally did not notice any difference).

Then I was shown the inventory interface, which has little to do with this PC, but also appeared in the D3 cradle. The whole thing looked very sensible and in practice it worked above average well. However, is the computer version poorer in this respect? It’s hard for me to say after such a short exposure to the game. Certainly, the console system makes it clearer which item it thinks is better in each category (damage, health, regeneration). It looks similar on a PC, but it’s more descriptive there. Here, in turn, it should be fast and dynamic, and as comfortable as the management of the analog stick (or the touch pad) allows. An interesting patent is the ability to quickly display the acquired items (D-pad up) with information whether it is better than the currently used equipment. I do not know if this option was in the classic console Diablo 3 (I had no contact with it), but here it worked extremely well. The exception is Legendary items that do not appear this way and you need to open your inventory to view them. Importantly, browsing the menu does not stop the game, although the interface elements cover the vast majority of the screen.

The next item on the agenda was joining the game with another character (me). After picking up the extra pad, the whole process took just a few seconds. A character is selected from the menu shown and voila! You can hack the enemies in two. A maximum of 4 people can play on one screen, but I was not able to check this solution because I was the only member of the show. Pierre showed me, however, that with one button you can call up a pillar of light, which allows you to see the character of the player. What’s more, its color is consistent with the color of rain – a trifle and pleasing. Apparently, in the heat of battle, when a lot is happening on the screen, this function turns out to be extremely helpful. Importantly, even with four players, the gameplay is perfectly smooth and holds 60 FPS (this applies to all platforms, only the resolution between them changes). It is worth adding that depending on the level of the players who play, the equipment of the weaker one is scaled so that it can fight on an equal footing with the stronger companion / companions.

For the next few minutes, we played cheerfully chomping down our enemies. During this time, I had time to say that the controls are really comfortable and at least comparable to a PC. Figures and triggers are responsible for the skills and after a while the fingers instinctively fly to the appropriate buttons. In turn, dodging with the right analog is convenient and most importantly – quick. On the other hand, is Diablo III really that much better on consoles? I would argue here. I played very well on both platforms. Perhaps in the long run PlayStation 4 would convince me more, but at the moment I consider both solutions comparable in terms of convenience. And not everyone will like the lightweight auto-aim. An icon in the player’s color appears above the target enemy, and the targets are changed with the left analog. I don’t know how this solution works in the long run, but in dynamic moments the viewfinder was able to skip unintentionally. However, this is a detail, because in most cases the enemies fall quickly and the fire is not focused on them for too long (there are exceptions, however).

As for interesting solutions, I must also mention the division of items between characters. While playing over the Internet you can only see items assigned to yourself, while playing on the couch you will see equipment intended for all heroes. Fortunately, regardless of who picks it up, it will still go to the predetermined player. Thanks to this, the fun is faster and there are no problems with collecting non-familiar items.

Finally, I asked Pierre to present Remote Play. Despite the small screen of the Vita, the console was great (unfortunately, you have to take my word for it, because the video does not show the image from the handheld). The animation was perfectly smooth and lag-free, and the game was comfortable (as much as the five-inch display allows). The control did not raise any objections in me either. Some people may be pleased with the fact that in such a situation Vita is interpreted as one of the players, and the other 3 people can still play on the TV.

Unfortunately, the show ended quickly and I had to let more guests in. However, the above fragment is only my thoughts and impressions of the show. Later you will be able to learn some interesting facts about the content of the game and you will get the answers to some questions.

Players who have already dealt with the Reaper of Souls expansion should feel at home here. The expansion, in addition to the additional act of the campaign, introduces a new system of drawing items and the possibility of playing in the adventure mode. It allows you to complete various missions after the end of the campaign. These, in turn, in addition to rewards, allow you to open special Rifts, which are a kind of a large dungeon guarded by a powerful boss. Of course, completing them gives you a lot of experience and also allows you to get rare items.

However, the Nemesis feature, which is absent in the PC version, looks much more interesting. It activates when the player is killed. At this point, there is a chance that the monster that contributed to this will disappear from the world of his game, become stronger and appear with one of the defeated person’s friends. Of course, as it develops, there is a chance for better items to fall out of it, and it also mentions who he killed earlier. However, if the next player also fails to defeat him, the process repeats itself and adds up to six times. One can only hope that this feature is well-balanced and that the worlds will not be spammed by these types of creatures.

An important novelty may also be the gift system, thanks to which you will be able to give a familiar item when you get a legendary piece of equipment yourself. In this situation, a package will appear to me, which can be sent to another player. It will contain legendary equipment that will be assigned to the other player’s account.

Unfortunately, the rumors that Diablo III UEE will include a stand, regardless of version and platform, have also been proven, which means that its owners will be forced to pay twice for the same.

How will Diablo 3 UEE be different on different platforms?

Nothing but resolution and graphics (in the case of the older generation). In any case, the game will run at 60 FPS. It is only worth mentioning that the Xbox One will support 900p and the PlayStation 4 will display full 1080p.

Will it be possible to transfer characters between consoles?

Can you see graphically the differences between the PC and PS4 versions?

It’s hard for me to say because I haven’t seen both editions side by side. There are certainly some differences, but I don’t want to mislead anyone.

Will it still be possible to save hardcore characters to a flash drive and restore them after death?

Yes, because Blizzard does not have a tachnic way around this problem. Obviously, such behavior is not praised by anyone.

Will the game be updated after release?

The lecturer was unaware of the lack of an update and said this was unlikely to happen.

Is the PC version richer in any way than the console version?

On the day of the premiere of the edition with the add-on, certainly not, and the console versions will be even richer (due to the previously mentioned add-ons).

PS Having the opportunity, I also asked about Hearthstone on Vitahowever, we do not have much to count on it, because Blizzard is currently focusing on the version for PC, Mac, iPad, as well as iPhones and Android.