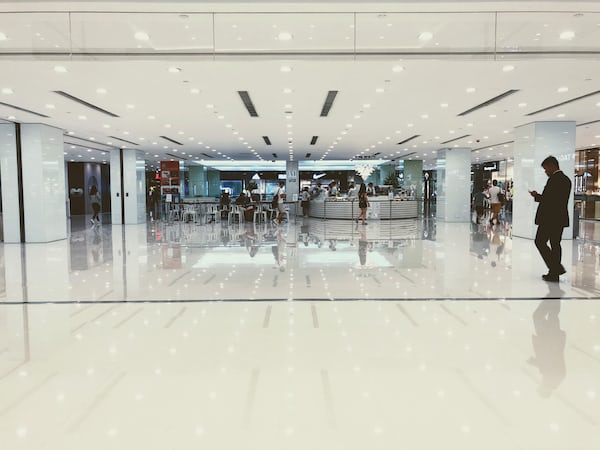 It has long been one of the most important applications when it comes to watching sports channels. Futemax TV has been evolving, above all after adding different broadcastsmany of them giving football, basketball, tennis and other types of sports that have come to the fore.

Soccer is the great protagonist of the platform, with the best channels available, each one of them manages to be reproduced thanks to the fact that they are connected to the IPTV lists. Futemax TV is maintained due to its developerswho manage to keep alive a tool that went from having a few channels to having hundreds.

Futemax TV is an application that is available outside of the Play Store and App Store, so getting hold of it will consist of searching for it and installing it. The tool is not a recommendation, we only talk about it as we do about others, including PhotoCall TV, Pro Flix, among others.

It is a soccer-oriented application, especially because it broadcasts the king of sports. The broadcasts focus on this, but over time other categories have been added, such as basketball, tennis, athletics and others, including skiing.

At present it has gone with the passage of time adding different leagues, among which there is no lack of the Brazilian, known as Series A, but also Series B, the Lega Calcio (Italian Series A), the Champions League and various other competitions. These are some of the ones it offers, but they are not the only ones.

For users who use mobile networks, the previous block has been removed, since if a 3G/4G/5G connection was used it was impossible to access the content. Futemax TV has wanted to take a step forward and focus on its applicationdespite some general blockages.

Includes a live fighting channel, this gives a 24-hour broadcast, but there are also series, giving a complete and interesting broadcast for the users who use it. The app is certainly one of the best available and working today.

You may have wondered how to download Futemax TV, application that is available in different download portals and occupying little weight, around 7-8 megabytes. It is an APK available for phones with the Android operating system, it is not accessible to others such as Apple or Windows.

Futemax TV requires to be installed as an external app to the Play Store, this requires on the other hand that you can install apps from unknown sources. To enable this you have to do the following on the smartphone, specifically in the settings:

Being from outside the Play Store, Futemax TV currently works through external servers, for this it is done with IPTV lists that are the ones that are usually seen on the platform. The application does not hang anything, so they are external links to it, so if they fail it is usually due to external lists.

The Futemax TV application has been operating freely for almost a year, but depending on the partners who are the ones who share the links, which in the end are lists. The series, football and other sports are watched by many userswhich have the latest version of the application installed.

How to watch Futemax TV channels

Once downloaded and installed, Futemax can be started by the user on your smartphone or tablet, as well as being emulated with MEmu Play, BlueStacks, NoxPlayer, among others. If you want to use it on Windows you have to use one of the various emulators, which are ultimately tools that run the APKs.

Futemax YV usually works well, so watching the channels is an option if you want to watch a specific sport, having options when watching live. The available channels are useful in case you suffer a cut, having several optionssometimes up to five options apart from the first.

If you already have it open, click on one of the available sports channels, it usually takes a short time to load, just between two or three seconds. Futemax TV is not a complicated application at allgoes to what is going, to give direct sports broadcasts, as well as other things, including series of great depth.

Currently, Futemax TV also operates from its website, so you have two options on the table, to be able to see the content on the page and the application. Futemax has been expanding the content, all after listening to users in the community.

Both the app and the page have mostly Brazilian soccer, since it is a website created by people from Brazil, supported by the sport of their land. If you like football from that country, it is the best choice, although it also has other broadcasts from Europe.

It is comfortable to carry the application and watch the sport from anywhere, the quality is quite good and it is recommended for soccer fans. Futemax TV in the latest version worksbut in the previous ones it fails, not letting you see any of the content that you can see on the web.