Dawn of Isles is an MMORPG that follows in the footsteps left by The Legend of Zelda: Breath of the Wild 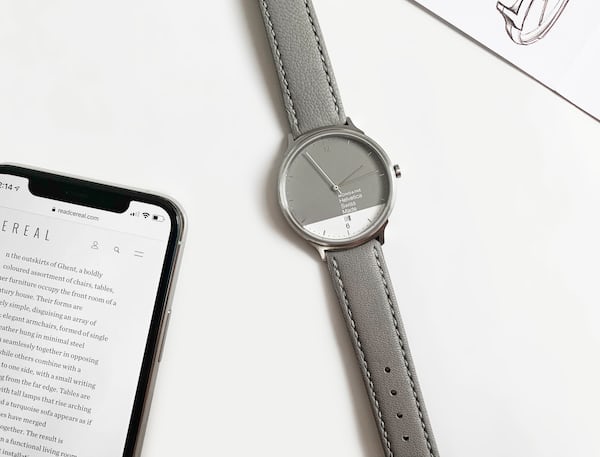 Dawn of Isles is an MMORPG that follows in the footsteps left by The Legend of Zelda: Breath of the Wild

Dawn of Isles is without a doubt one of the arrivals of the year for gaming from an Android mobile. Following the aesthetics of the successful Nintendo game, The Legend of Zelda: Breath of the Wild, Netease brings us a game that will capture the eyes and moments of tens of thousands of players.

An MMORPG where you can have your house, create crafts, cook and even build buildings to then give rise to all those exciting stories that await you. A massively multiplayer online RPG in which you’ll meet hundreds of players in the open world proposed by Netease Games.

Following in the footsteps of Durango, but very Nintendo

NEXO Company already surprised us weeks ago with Durango, an MMORPG for our mobile that reproduces what is in itself one of these massive games in which we can meet hundreds of players. Unlike Durango, Dawn of Isles is governed by a more console aesthetic and closer to the well-known Zelda. In other words, for those who are nostalgic for a game like Breath of the Wind, Dawn of Isles is more than perfect and may even surpass it at some point.

If we say that it exceeds it, it is rather because of the online possibilities that it offers to play an MMORPG from a mobile, since it is a device ready to use the microphone, share and quickly enter a community with which we can socialize. Dawn of Isles offers you to enjoy with other players to collect resources and start building your own island.

If we talk about collecting, we talked about being able to socialize and sell those products with other players, just as you can plant and harvest your crops, without forgetting that another player could steal what is yours. It is a very complete game to which you are going to spend a few good hours, since only the first part, the tutorial on your island, you will spend at least half an hour until you get the controls, game and others.

Dawn of Isles is fabulous and even with your own pets

Having your own house in an online game where you see players swarming around the continent means that you will be able to find great moments playing. Being able to create food feasts, catch those fish and then take them to the kitchen or even tame that pet that will help you on your journey through this fabulous game that has arrived on Android today.

If we have a pet, this means that we will have to improve it and take care of it so that it becomes our best friend. A) Yes everything will be easier in a world that enters very well through the eyes and that if you have a great terminal, you are going to enjoy the great visual quality, the rain or that sound that peeks through many spaces to offer a great gaming experience.

All this seasoned with an open world in which you you will find final bosses of enormous size, many missions and that automatic way of playing, at least, for those who want it. By default we have to handle our hero, chosen from five different classes, with the control stick and that option to zoom in/out or move the perspective to our liking. As in other games, we will be able to acquire skills so that our hero is more powerful. We have a skill tree and level up stuff.

A fabled MMORPG, but in English

The only momentary drawback Dawn of Isles is that it is in English. There are already many players complaining about it, since it can make you very angry to have a game so similar to Zelda and that you don’t even know about the node, but the truth is that with a little idea we can progress. Especially with the missions, since you simply have to click on each of the steps for our hero to go straight.

Technically it is a fabled game and as we have said, you will need a good terminal to be able to enjoy it. It is understandable due to the quality of the animations, those colorful graphics and that environment with its shadows, light and a good number of enemies of all kinds. Being able to play Dawn of Isles on a good terminal is quite an experience and one that limits all those who have a low-end or even mid-range phone. We have tested it on the Galaxy S10 + and it works perfectly.

Everything in Dawn of Isles is made for enjoyment, and if Durango didn’t convince you for being more of an adult game for its aesthetics, that touch of anime and Nintendo that it has will leave you stupefied looking at the screen of your mobile. It is also worth noting the great design of the characters, the skills, the combat in which we have to know how to move to avoid the furious blows of the enemies and all those options that put it among the best current ones for Android.

Now you can download free Dawn of Isles for your Android mobile and enjoy a whole man game with which you are practically going to freak out. So we can talk about the fact that we are soon going to see crazy titles. Now let’s hope that Nintendo gets its act together and is able to bring us a Zelda in this style one day.