Cubot Pocket is official: discover the features of the 4-inch mini phone 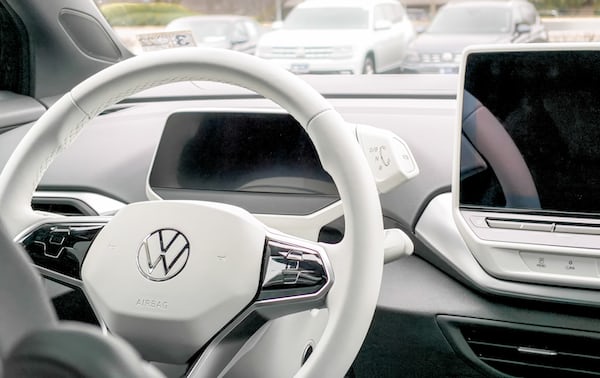 Cubot Pocket is official: discover the features of the 4-inch mini phone

Mini versions of mobile phones become a rarity in 2022, especially when it is known that the iPhone 14 will not have a model with this feature. Despite this, today Cubot launched its new bet to the market under the name of Cubot Pocketa less interesting device.

In the market, Cubot launches a bet called «Pocket», which is expected to stand out among many other phones. It is an unconventional movement, but it will attract the attention and discussion of many people, who will see it as a terminal to consider when looking at its power and efficiency.

Cubot Pocket has been designed for comfort, fits comfortably in one hand and can be easily carried in your pocket, taking up little space and light weight. This makes it a useful smartphone for any type of task, all in dimensions compared to phones with 6-inch panels.

A small but tall panel

The biggest advantage of Cubot Pocket lies in its size. It has a 4-inch QHD + screen, which promises great clarity and is perfect for reading any type of message, watching videos and more. A lot of work has been done on it so that it can perform and all in high resolution.

In the back, it has a V-shaped metal strip, with an iconic design to show a beautiful appearance. The interior design of the phone refers to the appearance of a racing car. The combination of smooth lines and strong metallic metal edges is combined with classic black, burgundy and retro green, creating an attractive and elegant visual effect.

In addition, just above the mentioned V, the built-in sensor can be seen on the left side, below it has a notch that is shown as a lens reinforcement. The Cubot Pocket wanted the finish to be importantall unified in a compact size and capable of being carried without hardly noticing it in your pocket.

As for its specifications, the Cubot Pocket is powered by the Unisoc Tiger T310 processor, quad-core chip that promises optimal performance and great efficiency. The consumption of this CPU is not high, but it performs perfectly with any of the apps available in it and the downloadable ones.

It has a 64 GB storage configuration along with 4 GB of RAM, enough for common tasks, with plenty of space to store photos, videos, documents and more. The phone in this aspect promises, together with its battery, to have a lot of autonomy. You can mount a MicroSD of up to 128 GB in order to have more storage.

Cubot Pocket packs everything into a relatively light body, which makes it a clear bet that it can be compact and have a great configuration. The GPU will arrive integrated in the Unisoc Tiger T310is specifically the well-known PowerVR GT7200 that combines balance and power when required.

A battery ready to last

due to space, a 3,000 mAh capacity battery has been mounted, it is enough to last all day together with the aforementioned Unisoc Tiger T310 processor. It is a high capacity to have the phone operational, its 4-inch screen does not usually consume too much.

The Cubot Pocket It will be powered by a charger that will arrive with the phone, it will be enough to wait a reasonable time to have it at 100%. This model wants to fully enter an important sector that is that of small and practical phones, but this does not make it inferior to others in its range.

Connectivity and other connections

Cubot Pocket has the concept called comfort, of course, comes equipped with NFC functionalities to replace the wallet at the time of payment and thereby reduce the burden on the pocket. To do this you have to activate it, although you will have to configure it beforehand.

The other specifications include support for Wi-Fi, Bluetooth, NFC, OTG and GPS, GLONASS and BEIDOU connectivity options. It is worth mentioning that it will come with a MicroSD slot to include a card with a maximum of 128 GB, which together with the 64 GB that is internal will be enough to store everything.

The built-in adapter is USB-C, promises an important speed at the time of loading, also thanks to the port, `we can connect headphones of this type to listen to music, in addition to being able to use a Bluetooth type. This port can also be used if you want to use OTG, as well as other connections.

The bet of the Cubot Pocket is to install the Android operating system, this software has always been important, both in this and in other models. The mobile device will arrive with version 11, as well as with the different updates that arrive over the three years.

It comes with a bunch of pre-installed apps, with access to Google services, as well as the most important apps that are Gmail, Google Chrome, Google Maps and others. In addition, you have access to the Play Store and you can install any of the apps available in the store.

Unlocking the phone will be using the well-known “Face Unlock”, for this it will use the camera to recognize the face and being able to use it when you require it. The Cubot Pocket comes with a gyroscope, this sensor is used for games and applications, so you can get a lot of use out of it if you know how to use it.

The Cubot Pocket will go on sale in June, on the 27th of this month. Until then, those interested can first join the giveaway drive. The company offers Pocket smartphones to 10 lucky users as a free trial. Interested users can go to the official website to join the Cubot Pocket Phone giveaway.