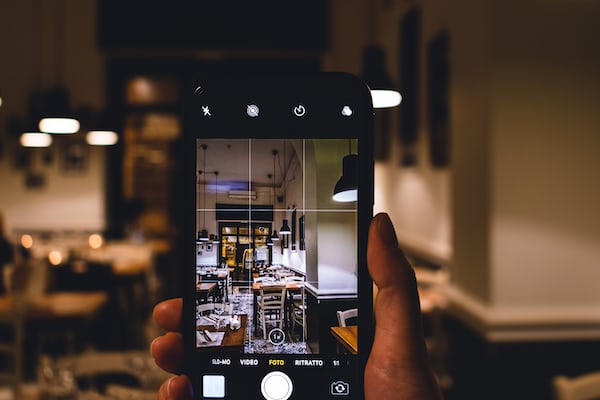 We already have winners for Terraria cheats!

We received a lot of texts for this competition, therefore it took us longer to select the winners than in the other competitions.

The choice of the VitaSITE.info Editorial Board for the best answers to the question:

Where do you think the phenomenon of sandboxes like Minecraft, Terraria, etc. came from and what makes such games so popular?

You can have your world on one Earth
His grain in the fields of cereals,
And my own glow from the sun’s rays,
Your droplet in the waters of the seas.

You can have your leaf in a huge forest,
from the mountainous lands your snowflake,
a grain of sand in the endless desert,
just do not stand still, be in a constant run.

You can have a star from the night vault
armor of gold or dwarven mythril,
walls in your house made of wood or stone
in it a chest full of weapons, I don’t know how many.

You can have an adventurous inundation of events
a lot of surprises, fights and twists,
from which you will get a handful of strong impressions,
smile and joy, positive vibrations.

There is a place in my pocket somewhere in Vita’s memory,
where earthly troubles disappear and no longer count,
where you create your world from hidden desires,
where your imagination is the only limit.

She’s the only one, cute, graceful,
beautiful, like a woman’s voice in an operatic aria,
So I ask You, my dear, but full of fear:
did you, like me, fall in love with Terraria?

Where did the phenomenon of games such as Terraria or Minecraft come from?

There are several factors to the popularity of this type of game, in my opinion. He will write about each of them in turn. 1. Imagination- Everyone has it. Some less, one more, but everyone. It is thanks to her that films, books, drawings and buildings are created in such Minecraft. Such games give players the opportunity to show off their imaginations, just as a painter does it with a brush, paint and canvas. 2. Advertising- It is not about advertising in a newspaper, television or radio. I mean the game was recommended by a friend. Probably everyone has at least one friend (I’m talking mainly about people under 18) who had contact with Minecraft or Terraria. Such a person will be to us, that I will say so ugly poisoned the ***, what she has not built it and what kind of monster she has not slaughtered. Until we finally can not stand it and we will play such a game with him, and then it was only a small step to buy such a game. Or we buy it out of pure competition with a friend to be better than him and poison his ***. But also a great advertisement is a couple of million videos on a site like YouTube. 3. All but me- But what is it? Minecraft currently has over 13 million copies of the game sold. They say on TV, on the Internet they write that everyone is playing, why not me. It is the same with terraria. Everyone’s playing, why not me? And this is how the number of owners of both games is growing. 4. Only calmly – Such games can not only help us with imagination but also with stress because what can calm down better than putting a block in Minecraft. 5. Life in life- In such games we create what we want and live the way we want. We create a digital figure as we would like to be. We feel like this Digital God. And we rule our world, not parents, not politicians, but us. 6.Easy Access – As everyone knows, Terraria or Minecraft do not have any special system requirements, and not everyone can afford some great computer to play battlefields. Also, both games are not the most expensive and this is how many people bought the game for it. But piracy can also contribute to the sale of such games, namely, my point is that the person who downloaded the game illegally can recommend it to another person who will buy the title legally.

I’m driving my brand new yellow Lambo. In a moment, I will get off at the airport, steal a huge Boeing and parachute out of it, and the plane will crash into a huge skyscraper with a huge roar.

I am a madman? Psychopath? Or maybe I’m raving. Hmm. However, no. I’m just playing GTA.

Let those who, after a hard day at school or at work, do not want to jump behind the controls of a combat helicopter and shoot cars on the highway, throw the first stone.

Fortunately, we don’t have that option, and even if we did, none of us would do something that stupid. Sandboxes come to our aid, especially the GTA I mentioned.

What makes sandbox games so popular? Probably not a plot, because you will not experience such a story, for example in Minecraft or Terraria. Graphics? Again, look at Minecraft. Sound? Simplicity?

Of course not. So how is it possible that a game with no storyline and graphics that looks like a dozen years ago has hundreds of thousands, or even millions, of fans?

Two words – the magic of sandboxes. Games from this category or genre allow for things that we can only dream about in other productions. Building a castle, hunting animals at night, or blowing up underground mines? Or maybe you prefer tuning sports cars, robbing banks and then drinking the “earned” money? Only in sandboxes.

It’s hard to properly define how such a huge wave of popularity of “sandboxes” came about. In the last few years, we have been dealing with dozens of games of this type. In addition to the above-mentioned, we can play Skyrim, Sleeping Dogs, Red Dead Redemption, Fallout. Not enough? Take a look at mmo sandboxes, they are virtually impossible to count.

I talk a lot, but blink from answering the question. So where did the sandbox phenomenon come from?

From childhood! Everyone wanted to be a knight, builder or treasure hunter. These dreams did not come true (unless someone became an engineer), but they remained deep in our hearts.

But the sandbox era has come and children’s fantasies have awakened again, so after years of waiting and relying only on often unreliable imaginations, we have lived to see it. So now everyone who has this part of the child left can fire up any “sandbox” and play as any character they have created.

Ah yes. The phenomenon of the sandbox comes from the possibility of making children’s dreams come true.

congratulations All three of them get Terraria cheats!

The winners should be contacted by e-mail: [email protected] in order to arrange the receipt of the prizes

We thank 505 Games for sponsoring the prizes