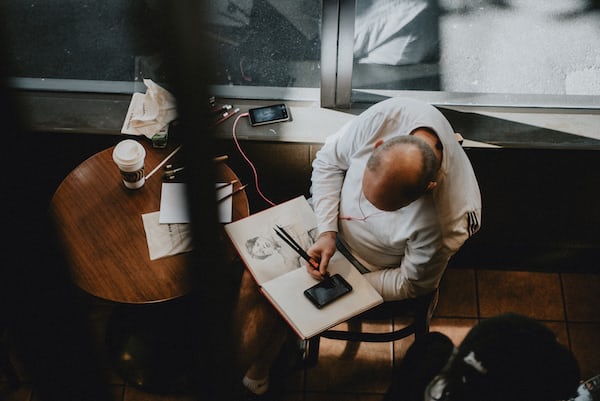 We already have winners for Real Boxing cheats!

The choice of the VitaSITE.info Editorial Board for the best answers to the question:

Which Polish boxer do you value the most and why?

Probably many people will be surprised that even a woman takes part in such a competition. Of course, like the vast majority of women, I’m not an amazing fan of the martial arts boxing. However, it does not change the fact that I like to watch a show on TV from time to time – of course, when there are no “great series” or other interesting movies on. I had the pleasure to train Aikido a few years ago (gained 5 kyu) – to this day I even have kimono, bokken and jo (these are such accessories necessary for training), and even later kick-boxing and even now I have boxing gloves and protectors. for the shinbones. Maybe someday there will be an opportunity to show you, who knows, maybe he will even get into all this equipment :)) This is just as an introduction, but first of all, to make men realize that a woman may have some passions, hobbies – more typical for men, and also he likes to watch a fight from time to time, a good fight.

Now to the point. Which Polish boxer do I value the most and why? The only figure that comes to mind in this case is Tomasz Adamek, absolutely not any Golota, no Saleta. Although about the latter, if I’m not mistaken, it was quite loud on TV when he gave his daughter a kidney. By the way, a beautiful gesture, but here I chose not the criterion for selecting the “best” one. Nevertheless, probably most of the parents and relatives would do the same.
Coming back to Tomasz Adamek. Why him? I had the pleasure of watching a few, maybe a dozen of his fights, and each time I am amazed by his will to fight, his stubbornness and his pursuit of goals, striving to win. In my opinion, it presents a high level of boxing, but not ordinary boxing. Boxing at its best, beautiful boxing, the kind you want to watch. He has only one loser on his account. Someone will ask: the statistics say that out of 51 fights he has 2 losses, so why am I writing only about one? Well, because the fight with Witalij Kliczko was a foregone conclusion, and what Adamek did during this fight was the world championship. For me, he is the winner of this fight, mentally / mentally, of course, because, of course, Klitschko is physically unmatched. Apart from the purely professional aspect. Adamek is above all a modest man, which for me personally is captivating. His statements, both before fights, after fights, and those more concerning private life – there is nothing untrue about them, no darkening and sugar-coating. Finally, I would like to add that I admire Adamek for what he has achieved so far, both in his professional (see: boxing) and private life (graduated from university, wife, children). And it is worth emphasizing that from the beginning his life was not all roses …

For me, the absolute number “1” has always been and will always be Jerzy Kulej. It is undoubtedly a legend of Polish boxing. As a twelve-year-old child, he wanted to train and go out into the ring. However, at such a young age it was not possible. The boy, however, never gave up and four years later began professional training and a boxing career. It was not long before the positive results were obtained. The Olympics in Moscow and Jurek enjoyed his first gold medal. Then it went like a string: gold at the Olympics in Tokyo, then the European Light Welterweight Championship and two years later the European Vice-Championship. In the near future he repeated the result from Tokyo and won another gold medal. Jerzy’s victories can be mentioned for a long time, because he fought almost 350 fights, of which he won 317. In addition to his boxing career, Jurek was also an MP, sports commentator, and a great coach. Many Polish professional boxers owe their successes thanks to Kulej’s training, and they always say: “If it weren’t for Jurek, I would not have reached it” On December 10, 2011, Jerzy Kulej died of cancer. For me, Jerzy Kulej will always be number “1” …

It is Andrzej Gołota. A boxer who was at the peak of his fame in my youth. He is aware that at the moment there are better boxers in Poland than him, but Gołota has a heart and spirit to fight and despite successive defeats he does not give up and continues to fight, which in my opinion indicates that this is his whole life and he can’t get over it like a drug addict can’t refuse to take drugs. For Gołota, boxing is just such a drug and I appreciate it for that.

Congratulations 🙂 All three of them get Real Boxing cheats!

The winners should contact us by e-mail: [email protected] in order to arrange the receipt of the prize

We thank Vivid Games for funding the prizes