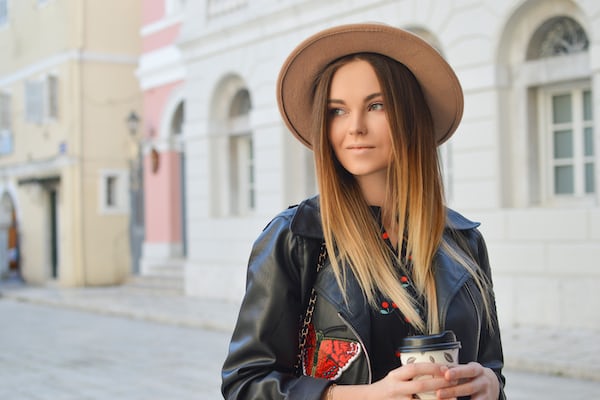 The mages of the Clover Kingdom have a lot of magic in them, but there is still a long way to go to perfection.

Japan is a specific country. You know, the statement is as old as the world, but this madness can often make sense. This is perfectly illustrated by an example of comic book adaptation. While in the west it is almost a miracle to be awarded the title of our favorite heroes (Spider-Man and Batman are the infamous exceptions), in the Land of the Rising Sun, video games based on manga are released as if from the production line. Of course, sometimes this procedure gives more harm than good, but we can always find productions in this crowd that are outstanding or simply give a lot of fun.

This group now includes Black Clover: Quartet Knights. For people who have never heard of this series, a little explanation. The Black Clover manga debuted on the pages of Weekly Shonen Jump on February 15, 2015. The title gathered a large crowd of devoted fans, so the characters known from the comic book pages hit the silver screen. Of course, anime adaptations are not far from getting your own video game. The fans of Asta’s adventures had to wait until this year. If someone asked me if the title is the best anime game, I would most definitely say no. However, the production offers a lot of fun to play, which I will try to show.

The plot is a huge advantage of the title. The writers decided to create a completely new story that had never happened in a comic book before. Personally, I think that all the creators who adopt a manga or anime could go this way, because often repeating well-known stories ends with a festival of boredom where we know exactly what’s going to happen next. At the same time, the plot also has a big drawback, of course, the length of the entire game. On the normal difficulty level, it takes about three and a half hours to complete the game with the two additional episodes.

Of course, we get the opportunity to go through everything at higher difficulty levels, playing with other characters, but we still can’t talk about the titan of length. However, it should be praised that, as in the case of Valkyria Chronicles 4, the creators opted for full Japanese dubbing, where all texts have their own soundtrack. It has a similar meaning as in the example above, i.e. most of the plot is shown as semi-static pictures, and the cutscenes are like a medicine, so everything has dubbing. Despite this, I still think the story is quite enjoyable by convention of the universe and fans and new players will be happy with it.

Next up is, of course, the game. There is no question of complicated combat systems known from games such as Devil May Cry. Instead, we get a gameplay that is closer to the fighting games of the Naruto series. It’s about the fact that the fight is mainly based on four buttons (both bumpers and both triggers) and the buttons on the pad are used more for contextual actions, such as performing a special attack. This makes the whole thing very automatic after a while, which may result in fatigue creeping in during longer sessions. We will be able to test our magical abilities in three different types of activity.

The first is the typical capture of points. There is no major philosophy here, we just have to stand at the designated point until we take 100%. The second mode is to transport the crystal from A to B. Here, no surprise either, anyone who has ever played games like Overwatch will know what’s going on right away. The third activity is magic key hunting. The rules are simple, first grab the item and then use it to open the chests. All modes are very quick, and often sessions with each mode can last anywhere from 5 to 15 minutes. Unfortunately, there is also a problem here that may result in the rejection of production by some players. The point is that the tasks that are set before us in the fictional campaign are exactly the same activities that we will experience in multiplayer. For people eager for varied gameplay, it may be an obstacle not to jump over. If someone is a fan of ******** the results, then for such players there is a challenge mode, in which they can undertake the most extreme tasks.

At the end, I left the audiovisual setting. In short military words, it’s not bad. The graphics are pleasing to the eye, resembling manga transferred to the language of video games. The whole thing is smooth, which allows you to enjoy the game without worrying about frame drops. Dubbing, as I mentioned above, is obviously a good Japanese job, and the voices of the characters will certainly be known to fans of the animated adaptation. The cutscenes on the game engine also do the trick, and it’s a real shame we can’t see more of them during our adventure. The aspect that causes me the greatest tear is the insertions straight out of the anime. When we observe the foreground and the main characters, everything is fine. However, if our eyes stop even for a moment in the background, it is not so rosy there anymore. Characters that look as if they were taken out of concept sketches with facial expressions on the level of three lines to imitate eyes and mouth. On the one hand, we have a great foreground, and on the other hand, an ailing background, which can be clearly visible when passing the title several times.

To sum up. Black Clover: Quartet Knights is not a bad production. As for the first game adaptation of a popular series, it must be said that it is pretty good. Of course, it is not a masterpiece in its genre, but it gives the basis for other productions that can continue the whole topic. Personally, I had fun before and I already have a plan to explore the entire series more thoroughly. It is a must for fans because it does a great job, and other players must be warned about two aspects. The first is, of course, the length of the story campaign, which, if we are not fans of ******** up the results, will not offer us hundreds of hours of fun. The second is the network mode, which brings a lot of satisfaction, but due to the simplicity of the mechanics and a small number of modes, it can get boring quickly.

The game was provided for review by Cenega