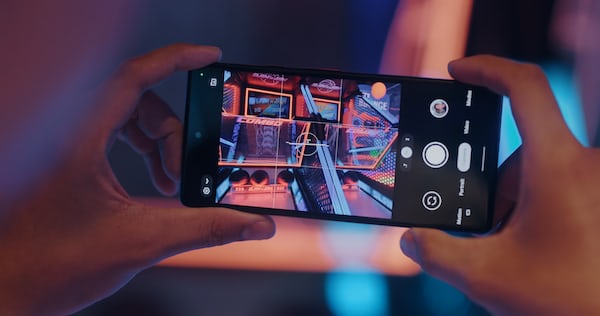 On Friday, December 21, selected sea wolves were given the opportunity to sail the popular ships from WWI and WWII to the high seas, fight the first-ever sea battles on consoles in the closed beta of World of Warship: Legend.

It was supposed to be a session for a few minutes, “just to see how it works.” The game was downloading, I had a bath, I had dinner and started World of Warship: Legend around midnight from Friday to Saturday, I finished seven hours later when my family’s ******* started to wake up and I don’t know when I lost all night destroying more ships of both bots and bots. and real players.

One more battle syndrome is terrible here and will not let you break away. The more that this is just the beginning of leveling and each battle brings you closer to unlocking a new ship upgrade or simply a new ship. It’s hard to find the right time to finish playing WoW: Legends.

We start the game in the closed beta version by having two ships of cruisers in a row of the first American fleet (Albany) and the Japanese fleet (Chikuma). Both ships are similar in terms of parameters and construction, but the Japanese cruiser is much faster, has more artillery guns (+2) and a bit more durability (+1600 hp). Nevertheless, you have to play both to earn experience points in both trees to unlock upgrades and better, more powerful ships.

The ships in World of Warship: Legend will be divided into three classes:

Unfortunately, the closed beta on consoles does not offer aircraft carriers, which on PC and smartphones are responsible for reconnaissance and airplanes attacks, but I believe that when the game is available to everyone, aircraft carriers will join the WoW: Legends fleet. The game also features premium class ships, including the Polish “Błyskawica”, which is the only representative of our national fleet. Unfortunately, premium ships are currently unavailable for purchase.

The first battles will be fought against AI-controlled ships, only when we reach the required level in the game, standard battles, i.e. battles with real players, will be unlocked. Unfortunately, in standard battles, the game is selected by only a few players, creating two teams – players + AI vs players + AI. I used to play on teams with 2 to 4 players per team, with the rest being boots. And I have one damn problem with boots. Their hitting efficiency – especially with torpedoes – is surprisingly high, which can lead to a quick sinking of our ship.

WoW: Legends offers several game modes, such as domination or capturing the base. Unfortunately, we have no control over what mode we want to play, but when it comes to battle, players only focus on mutual elimination, because usually the team that destroys all enemy ships first wins, rather than taking over their base.

Maps, on the other hand, are usually an archipelago of several islands around which we maneuver with the ships from the first rows. Interestingly, each map shows changing weather conditions, such as snow, rain and fog, which can significantly affect the course of a sea battle.

Ship control is very simple. Press the “x” button to increase the speed, use the wheel to slow it down. Use the left analog to turn and the right analog to rotate the artillery. The “square” is responsible for the type of projectiles – armor piercing or incendiary. Use the “triangle” to select the torpedoes, “R2” to shoot, and “L2” to zoom in on the view. “R1” is the team command circle, and “L1” is used to lock the crosshair on the target opponent.

Even in the beta version, there were several daily missions and weekly challenges, for the completion of which I received silver for upgrades or new ships, and additional XP points, which allowed me to unlock more interesting and more powerful ships in the tree. It was just a time-limited closed beta, but I can see that Wargaming is very well prepared for its next console launch. World of Warship: Legends runs smoothly on PS4 Pro, looks like an F2P game very well and will probably soon become as popular as World of Tanks: Mercenaries, in which Polish tanks are already available.

Feet of water under the keel!